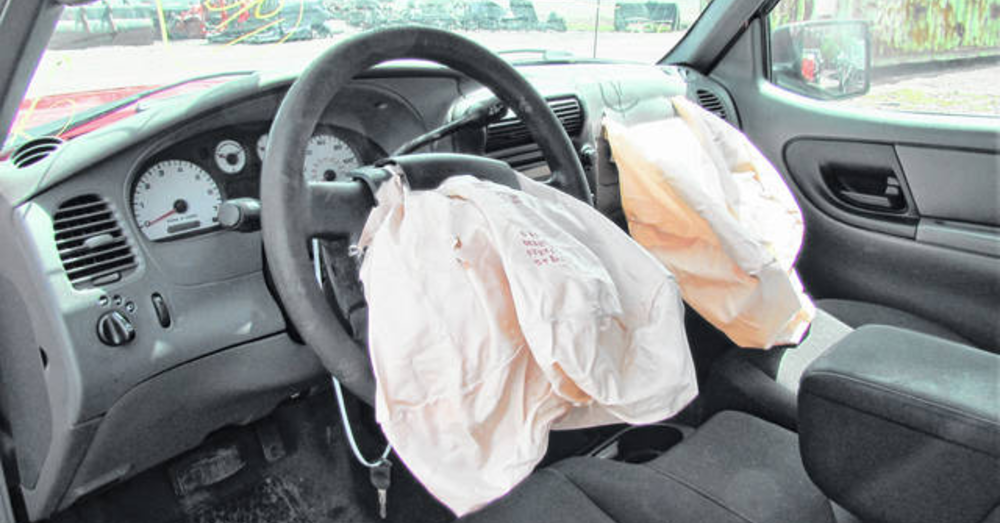 Several different vehicles have had recalls issued due to the Takata airbags.  This airbag has found a new victim with early models of the Ford Ranger.

Most of the time, we see recalls issued on vehicles for newer models once a problem is found on a specific model run. This happens for newer models because of the changes that take place and testing of a batch that might not have offered the answers early in the process.

Typically, once a model reaches beyond the warranty period, recalls drop off significantly because these vehicles have been through the driving series that prove the items installed are doing the job the right way and can stand up to the wear and tear of the vehicle.

One part of the vehicle you drive that you hope never has to be used is the airbags. These safety items are installed to deploy during a crash and are built to give you a cushion of air that will protect you inside the cabin when you’re involved in a wreck. Unfortunately, one of the largest recalls in the history of the automotive industry isn’t over just yet as another batch of vehicles has been found to have the Takata airbags installed and a new recall has been issued that needs to be addressed immediately.

The New Recall on an Older Model

The Takata airbags were thought to be the one that would revolutionize the industry and offer the protection you needed in an accident. The problem with these airbags is the fact the inflators have a high risk of rupturing while driving and when in a crash which comes with a myriad of potential issues for the driver of a vehicle with these airbags installed.

Over the past several years, millions of vehicles have been recalled for this particular airbag and now it appears a new batch of vehicles has been found to need to be recalled as well. The 2006 Ford Ranger that was built between August 10, 2005, to December 15, 2005, and from August 5, 2005, to November 4, 2005, in the Twin Cities Assembly Plant are being recalled.

Takata Airbags Recalled for the Ranger by the Numbers

This means a total of 33,428 of these trucks are part of the recall with 30,603 located in the US and 2,825 located in Canada. This is a batch of trucks that need to be addressed immediately in order to have the airbags from Takatareplaced with airbags that have proven to be safer and more effective when you’re in a crash.

The owners of these Ford Ranger models need to stop driving the trucks and take them to dealers right away. This recall shows the complete need to have the parts replaced and dealers have the items needed to make sure these trucks are no longer a risk to owners.

While you never want to make use of the airbags of your vehicle, when you do have these items deploy, you don’t want to be in more danger because the safety features of your vehicle don’t work right. Ford is working to make sure these trucks are made safe once again be replacing the Takata airbags for owners at no cost to them.