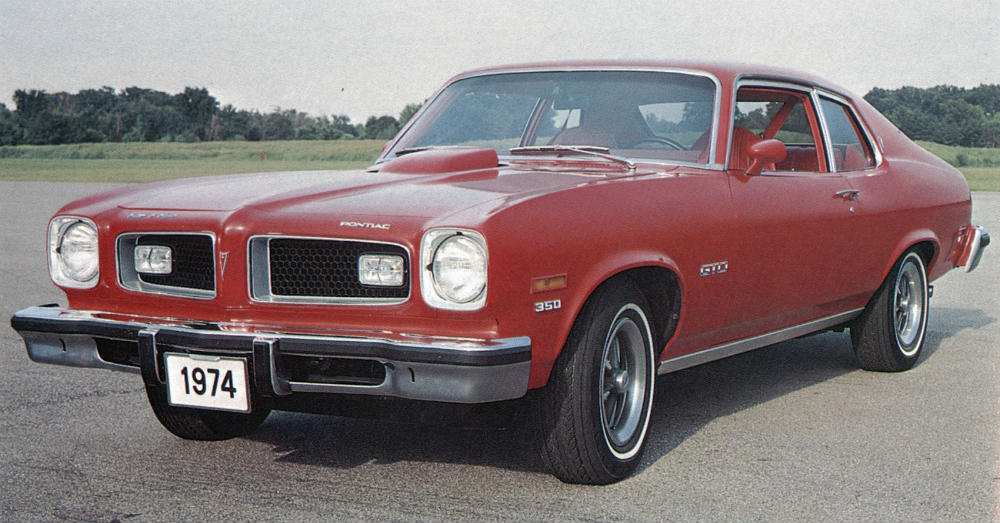 When you think of muscle cars you might think of the 1970 Hemi Cuda or the 1968 Charger, but when you actually take a look at what some cars were able to offer back in the heyday of the muscle car, you’ll be shocked to see the numbers. Why was there such a problem? The regulations that were put in place in 1971 caused most muscle cars that could offer 400 horsepower to drop to only a little over 200 ponies once the change took place. This certainly deflated the muscle car era for good. With that in mind, here are some of the worst muscle cars in history.

At this point in the history of the GTO, the power coming from the 5.7-liter V8 engine barely reached 200 horsepower. This was certainly a disappointing aspect of the car that has been one of the most powerful and impressive on the market just a few years earlier. This model year ended up being the last year the car was offered as it fizzled out.

This engine size was certainly respected a decade earlier, but for this version of the car, there wasn’t much that could be done to find the power desired. This model year saw a car that offered a V6 option and a maximum amount of power of 160 horsepower, even if the V8 engine was used for the power desired. 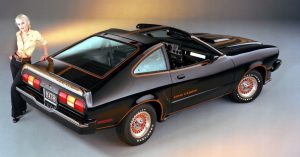 With the success of the original Mustang, this version showed up to give us a second choice, but it never caught on to be the model we wanted. The 1978 version was the last we saw it used the classic 5.0-liter V8 engine that made a whopping 140 horsepower for the drive that makes it one of the worst to be considered a muscle car.

The Road Runner name from Plymouth brings us thoughts of the high winged model that won a ton of races only a decade previously. This particular model was around until 1980, but it only produced a measly 160 horsepower from the V8 engine which was improved to as much as 196 horsepower before this car finally went away for good. 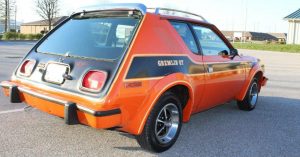 It doesn’t feel like a car that only shows up with 120 horsepower should ever be considered a muscle car, and the Gremlin didn’t last long with this low power number. In an effort to solve this problem a 4.2-liter inline six-cylinder engine was used to increase the torque enjoyed in this car, but it wasn’t enough to fix the problems the Gremlin brought.

Here is a great looking car that showed up as a compact model that you thought might be able to make the cut until you looked under the hood. This car only had 145 horsepower coming from the V8 engine, which made it a slow and unimpressive car that simply brought the looks, but not the speed or the power desired for the drive.

This car was produced during the darkest decade offered for the automotive industry, the 1980s. You would only have 135 horsepower coming from this car and would have a hard time keeping up the drive you wanted when you took off for a ride. This car died a necessary death after the 1985 model year and should have never been made in the first place.

If you think this car looks a lot like the Fox-body Mustang, you’d be right. This car didn’t make much in the way of power, but it had a good look to it. Thankfully, this wasn’t a version that used a large engine that couldn’t give much power as it showed up with a 2.3-liter turbocharged engine that made 135 horsepower when you went out on the road.

As the newest version of the Camaro offered to begin the third generation this car is one that didn’t even give you 100 horsepower when you chose the 2.3-liter four-cylinder engine for the ride. This is a car that was sluggish and awful and one that should have been left in the trash bin at the office of the design team.