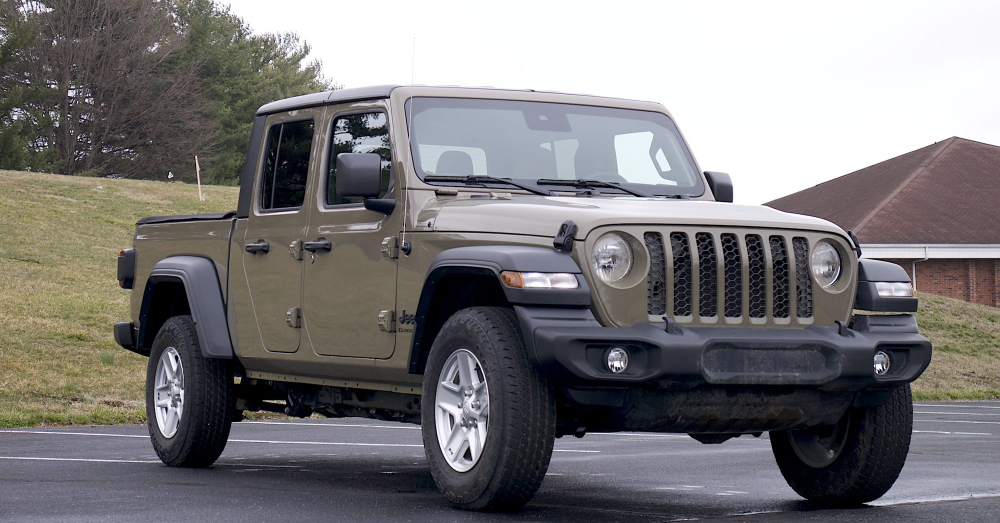 The newest member of the Jeep lineup is the Gladiator which is a pickup truck that’s built on the Wrangler platform.

It wasn’t kept a secret very well at all, and that was likely on purpose.  That’s exactly what we expected it to be. In fact, we’ve seen this story in the past with the previous Jeep Scrambler that was offered. The only real surprise we had for this SUV, and it was uncovered before the vehicle was offered, was the name that would wear. Now that it’s here, the only question that remains is why Jeep chose Gladiator over Scrambler as the name?

A Heritage from Jeep

As a brand that goes back to World War II, the Jeep brand is steeped heavily in heritage. The Jeep Gladiator, which was used for a concept truck in 2005, was used prior to this in the J-Series model that was the longest-running Jeep pickup truck line. The concept that was offered in 2005 was only a two-door extended-cab pickup truck model, which looked more like the Scrambler than the previous Gladiator, but this new model offers us more for the drive and certainly makes sense to be the Gladiator.

The Jeep team felt the Scrambler name didn’t fit the goals of this truck. The previous Scrambler, which was offered in the 1980s was effectively a CJ-7 that was stretched out a bit. The goal with the new Jeep Gladiator is to have a full-on truck that the size, length, and qualities you expect in a truck. In addition to being a truck, this new model will also be a vehicle that has all of the impressive off-road features that you want to enjoy when you take it out for a drive on the trails.

They got it Right, and It Doesn’t Matter

When will we see the Jeep Gladiator?

The new Jeep Gladiator is scheduled to be part of the 2020 model year. This impressive truck is one that carries the qualities of a Wrangler, a five-foot bed in the rear for your stuff, and rides high for you. Recently shown at the Los Angeles Auto Show, this is a capable and impressive truck that can be the one to take the midsize market by storm. It’s going to be interesting to see how this market performs when the Gladiator arrives and it begins to be sold and enjoyed by a variety of off-road enthusiasts.