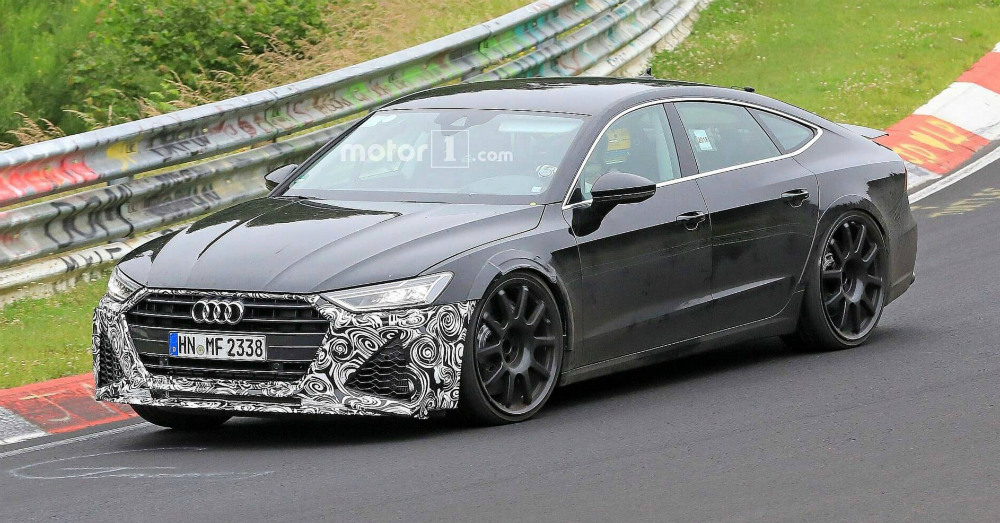 Previously, we got a look at the concept model of the 2020 Audi RS7, but now it’s been seen in the production build. This new model isn’t quite ready to be offered on the market or taken to one of the shows, it’s still being tested, but it does have all the production parts. The latest grouping of spy shots allows us to see this car with the minimum amount of camouflage on the outside to give us an idea of what it will be and how we can squeeze all of the fun out of this car.

A Great Look at this New Audi

The front of the new production model of the Audi RS7 shows us a mesh grill that’s made up of wide hexagons. This front face gives you the shape that’s similar to the rest of the grill to give you the look you want in the front of the car. As a bit of an odd difference to what the Audi team has offered in the past, there are hexagons inside of hexagons in the grill, making it a place where you’ll look and have a hard time looking away.

Moving to the Rest of this Audi

Once you’re done being mesmerized by the front grill of the RS7, you’ll be glad to see that the rest of the car doesn’t deviate from the factory model much at all. This means you get the benefit of the smooth and sleek Audi styling to give you the appearance package you want. The fenders appear to be a bit wider and the side skirts are flared outward slightly. The rear of the car doesn’t have a chopped A7 bumper that we saw on the previous version, instead, it has an attractive and finished appearance for you to admire.

No Specs Yet, But…

We don’t have any of the performance specs for this new Audi RS7 just yet, but we do expect to see an exciting powertrain for the drive. This means we should see a turbocharged V8 engine under the hood that can make at least 605 horsepower, which was the power of the preceding model of the RS7 that we had on the market. There might even be more power when this car arrives, but we don’t know what this new car will offer for the drive just yet.

When Will We See the new Audi RS7?

So far this car hasn’t been scheduled for a reveal at one of the auto shows on the circuit but it could be offered in the near future. If you’re looking for a car that will be impressive and ready for you to experience a fantastic ride with the sporty style and the luxury qualities that you want to enjoy on the road, this is the car that will be right for you. Get ready for the new Audi RS7, this car will be ready for you to have the drive you’ve been waiting for very soon.