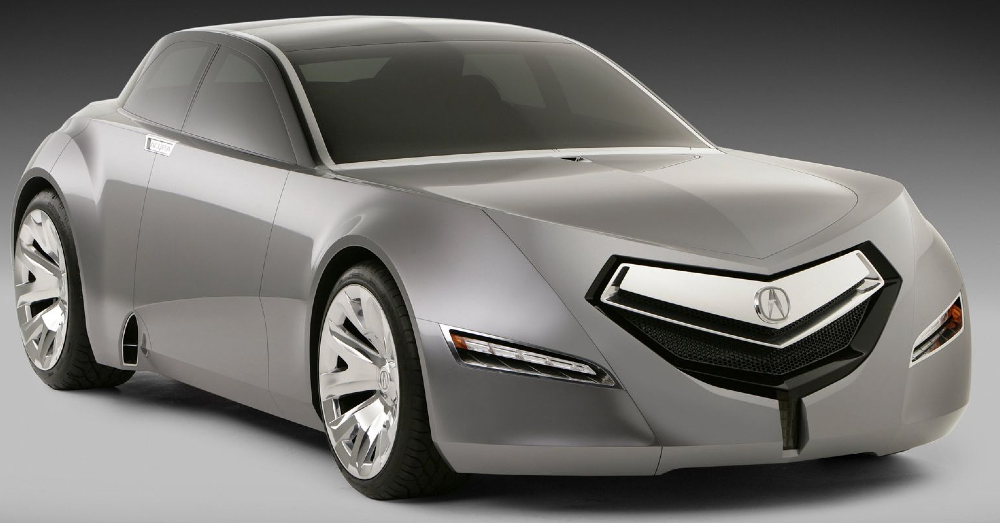 It seems odd that some vehicles make it from the design table to the show floor as a concept that we get to see and be disgusted by.

This name is awkward enough and the car itself was even worse. While we do like to see sedans that are stretched out, this one was stretched in all the wrong places to give us the dimensions that we don’t want to have on the road. You would think with the brains behind it that this car wouldn’t have been created as a concept but it was.

This car appeared to be a cross between the sporty 1 Series and an SZ from Alfa Romeo to be a futuristic car that we weren’t ready to see at all. There’s something you could take and admire about it somewhere, but it just feels like things aren’t quite right with this car. The face was ugly and the style was wrong.

Aston Martin is supposed to be the creator of all things beautiful, but this wonky SUV that showed up in Geneva in 2009 wasn’t at all. This may have been the beginning of what Aston would offer us as an SUV and thankfully, they listened to the critics and have moved forward to create the upcoming DBX SUV that will look much better.

Frankencar this was and it’s a good thing this car never came to fruition. This was a mashup of too many designs in one vehicle to make something that wasn’t right at all. Everything from the crosshair grille to the suicide doors was wrong with this car. You even had a 1950s style curved windshield which was terrible to look out of this car.

The idea was to turn the VW Beetle into a four-door crossover SUV and it didn’t work. This was a small and ugly vehicle that could have spelled trouble for Volkswagen a long time ago if it had made it past the concept phase. Thankfully, this vehicle was never built and VW continues to be a brand that we trust to give us the right style.

What happens when you take a large number of strange styling cues and add a strangely proportioned sedan? This is what happens. This car was another that shouldn’t have made it past the first drawing, which should have been tossed away in the garbage long before it ever cost the Acura team the money it did to create a concept model.

Don’t expect the clergy of the Church of Rome to be able to design a car that’s going to be acceptable. This car was designed by a Catholic priest in the late 1950s and for some reason, it made it to the concept build. This car is known for its weird caved-in appearance and bulbous fenders that make it a seriously ugly car.

This city transport vehicle was built in 1999 but it looks like it belonged on the set of the Star Wars movies. It rode on low and small wheels with very little ground clearance to allow it to move over the bumps in the road. The tall build allowed this car to look like a strange robot that could have been a trash can turned over.

The practicality of this car was easy to see when it showed up in concept form, but the style was just wrong. This car may have been a practical hatchback that seems to be easy enough to admire for its proportions, but it looks like a smashed-up car from another company that shouldn’t have been built as a concept model at all.

Yes, Kia tried to make a pickup truck and failed with this concept. If Honda could do it, why not Kia and the KCV4 showed the Kia team why they couldn’t with its strange shape and short style. The front of this truck was the only part that looked normal on it at all.