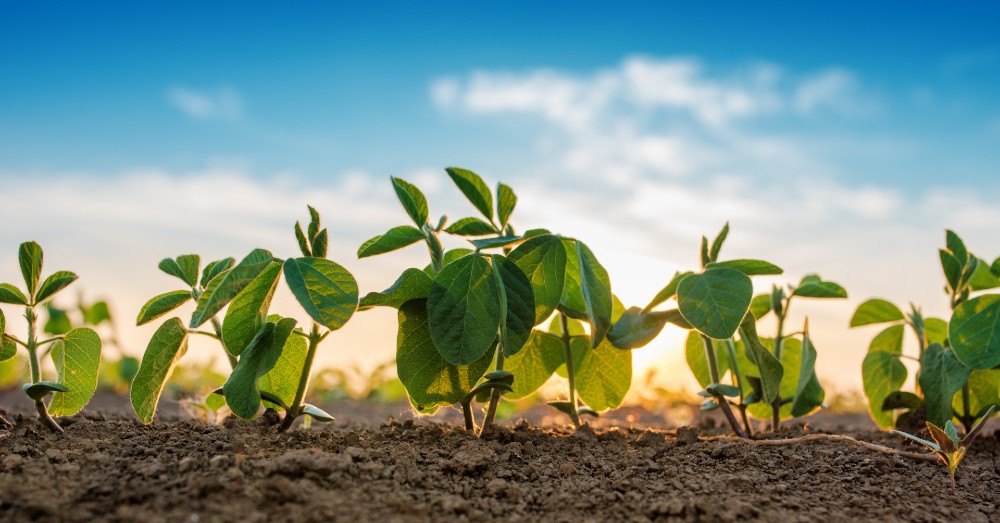 We’ve known soybeans as one of the most versatile foods and items on the planet. As an inexpensive and easy plant that we grow throughout the US, this is a bean that has been a substitute for meat in many of the foods we eat, especially if eaten at a school cafeteria. This bean has been used to help those who choose not to eat meat at all to receive the protein they need so that these folks can stay healthy and adhere to their desire to eat only foods that are plant-based. And today, automakers have found another use for soy.

It might seem like a shock that soybeans can be used for something other than foods and drinks, but the Ford team found a way to make use of soybeans in their manufacturing process, which allows them to offer a sustainable technology and use materials that can break down and decompose rather than living in landfills for many years after the vehicle has been scrapped and broken down to its most basic parts. Even though most of the aspects of a car can eventually be reused and recycled in some way, the strength and integrity of some materials eventually breaks down and can’t be used any longer, which allows soy to be the right choice.

What you’ll see in the video below is a team that’s determined and was told “no” several times before being given the opportunity to show that soy could be a viable choice in the manufacturing process. The use of soybeans in the foam used for seats has become a huge part of the success of the Sustainability Program at Ford and new technologies and other uses for materials and items that might be able to make a huge difference in the manufacturing process and create more environmentally friendly car parts for the future.

The first time soybeans were used in the seat foam of a Ford car was in the 2008 Mustang and since the 2011 model year, this material has become an integral part of the seat cushions, seatbacks, and headrests in every vehicle built in America by Ford. After doing the math, that means there are over 18.5 million vehicles that have been built with the soybean foam in the seats which means it’s extremely likely you’re driving a Ford vehicle today that has soybean foam used in the seats you sit on.

By using soybean foam for the various models that have been built and sold since the first Mustang in 2008 until now, Ford has saved more than 228 million pounds of carbon dioxide from being expelled into the atmosphere. This is the amount that would take 4 million trees to process back into oxygen, which thankfully wasn’t needed. The need to have a sustainability plan and help the environment is a responsibility we all have and as one of the largest automakers in the world, Ford has taken that charge seriously to ensure they are working hard to reduce waste and the carbon emissions by using items such as soybeans in their manufacturing process.