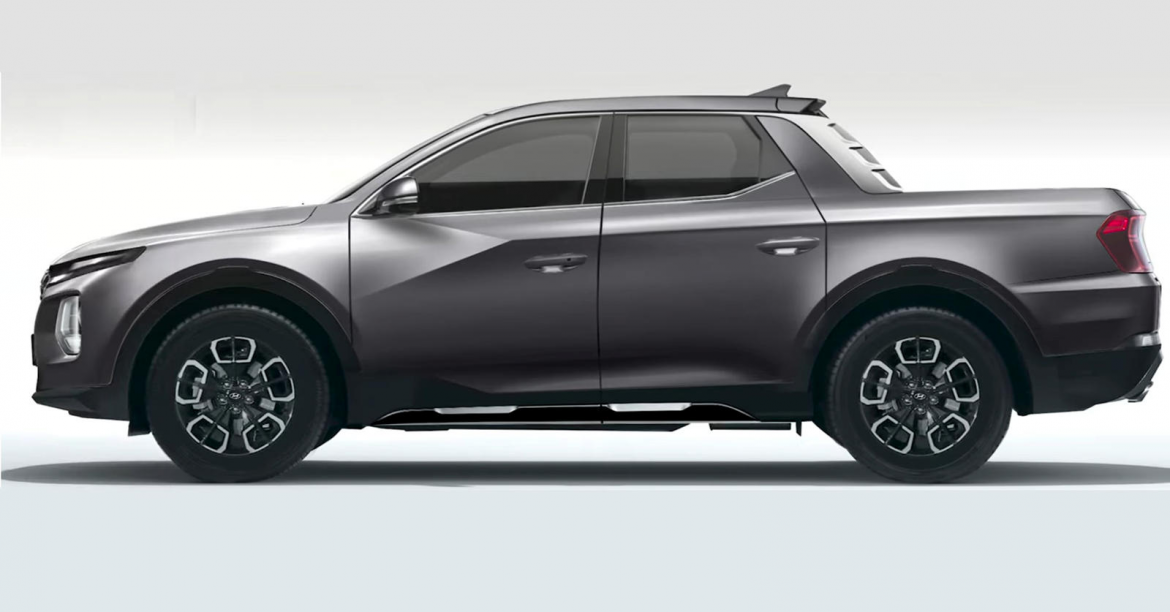 It’s time for another brand to get into the pickup truck market. The new Hyundai Santa Cruz will be part of the 2021 model year.

This new truck should arrive to give us something that looks similar to the concept model that made its debut several years ago when the company promised to build a truck. This truck might arrive later in the 2021 model year to give us a truck that will bring us the Hyundai qualities we want.

Where Will this Truck Fit In?

We should see the new Hyundai Santa Cruz fit into the market in the midsize truck class to give us another vehicle to choose from. The build of the new Santa Cruz will likely pit it up against the Honda Ridgeline as a unibody truck that can offer the drive desired. We expect this truck will arrive with a price that puts it lower than the Ridgeline, mostly because it’s a Hyundai.

What Powertrain will be Used by the Hyundai Santa Cruz?

The new Santa Cruz will share a platform with the Santa Fe, which means there’s a good chance the two will also share powertrains. Currently, the powertrains offered for the Santa Fe include a 2.4-liter four-cylinder engine that makes 185 horsepower and a 2.0-liter turbocharged four-cylinder engine that makes 235 horsepower. Both make use of an eight-speed automatic transmission for the drive.

The towing and payload numbers for the new Hyundai Santa Cruz should be in the same range as the Honda Ridgeline. Currently, the Santa Fe can’t pull the same 5000 pounds that the Ridgeline can but creating a truck build from the Santa Fe platform might allow for this towing number when it’s time to take a truck out for a drive.

The Doors of the Hyundai Santa Cruz Leave a Question

The concept model shown off at the auto shows in the past gave us a Hyundai Santa Cruz with suicide doors that have a rear hinge for the rear doors to give a larger opening. We’re not sure if this feature will make its way to the production model or if Hyundai will give us a more traditional build with the doors hinged in the front.

Tech and Coverage of the Santa Cruz

The new Santa Cruz will be the first truck offered by Hyundai and you can expect it to bring you some of the features you love in the current Hyundai lineup. Currently, this lineup offers excellent connectivity, impressive safety tech, and the warranty coverage that makes driving a Hyundai the best choice in the market. Get ready to see what the new Hyundai Santa Cruz has to offer.

This truck is scheduled to be in production during 2021 and we will see what it has as the release date grows nearer. If you think this will be the truck for you, you’ll want to keep your eyes on the updates to figure out what the Santa Cruz will bring with it for your drive.