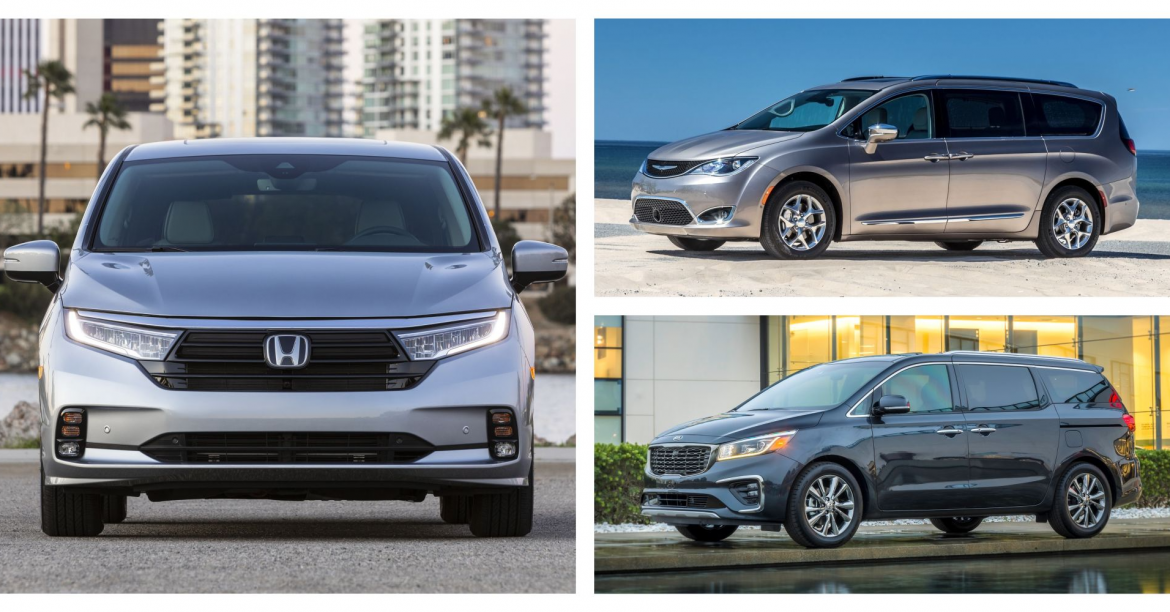 Minivans may not be the coolest or the most stylish cars on the market, and they carry the stigma of being soccer mom mobiles.

But these ‘people carriers’ are perfect for families -they’re roomy and comfortable, offering more space for people and cargo than three-row SUVs. They also come with all the bells and whistles you could need, like high-end infotainment systems, and the newer models come with the latest safety technologies such as driver assistance. There are not many used minivans to choose from, however, so we’ll take a look at the most popular and current minivan makes and models.

The used Honda Odyssey is a big favorite among minivan lovers and the 2015 model was the top-rated minivan in the 2018 J.D. Power Vehicle Dependability Study, which evaluates vehicle reliability after three years on the road. It also scored highly in safety tests. This is one of the best all-around minivans regardless of the year you choose, and reliability is a big factor.

The 2009 Toyota Sienna was the #1 ranked vehicle on U.S. News & World Report’s list of Best Used Minivans Under $20k, and the 2010 Sienna came in second. The minivan’s second generation spanning from 2004 to 2010, is known for features such as its 3.5-liter V6 engine and optional four-wheel drive -in fact, it’s the only minivan with this option. It’s become a favorite with families and just like the Odyssey, the Sienna offers outstanding reliability.

This is a great minivan choice if you’re on a restricted budget with prices varying from $4,000 for a 20006 model up to around $12,000 for a 2014 model. Despite complaints about lack of features compared to the competition, the Kia Sedona has one of the best warranties around and scores well on safety ratings.

The Dodge Grand Caravan was one of the first minivans ever to be produced and was once the gold standard in the class but is now close to being retired. It has many great features inside and out and is the only minivan with Stow’nGo second-row seats that fold down into the floor to allow maximum cargo space.

Back in 1990 the Chrysler Town & Country became the minivan of choice for many due to its spacious interior, fuel economy, and excellent safety features. And ever since it’s offered both dependability and luxury, blending family-friendly features with powerful performance. Starting in 2011 the Town& Country offered a 238-horsepower V6 engine with a towing capability of about 3,600 pounds.