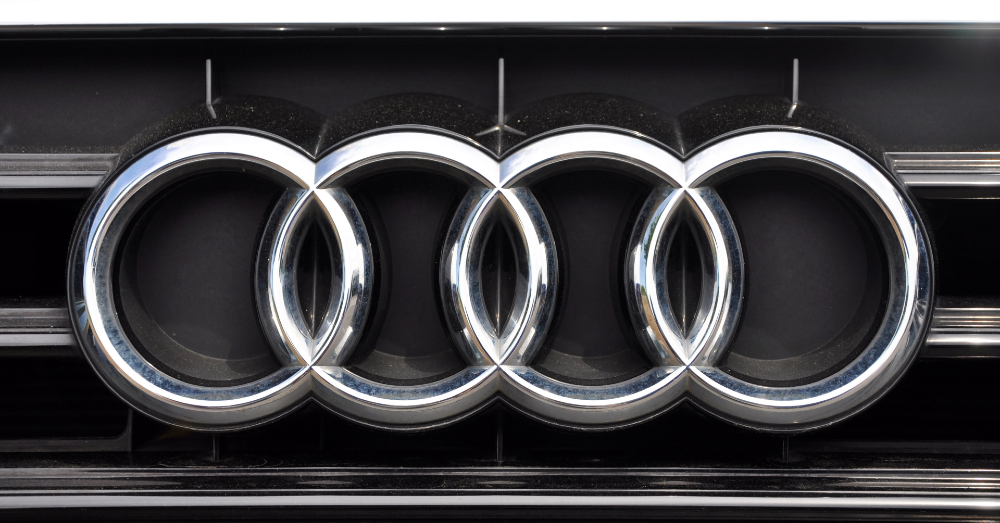 With just as much care as new parents give to naming a child, the Audi names you see have been created with care and thoughtfulness.

As one of the most impressive and respected luxury brands in the world, Audi is a brand where you can find what you’re looking for when it’s time for smooth, quality driving on any road. The claim to fame is the amazing cabin areas that are part of every vehicle in the lineup, but you can find more than just a glorious cabin when you drive an Audi. With our digression over, let’s take a look at what the names of the Audi models mean.

The Brand Name Was Carefully Considered

Starting with the logo, which is for interlocking rings in a row, we learn that each ring represents one of the four partner companies that were part of the creation of the Audi brand. These four company names are Audi, DKW, Horch, and Wanderer. The name Audi, although a German company, comes from the Latin translation of the founder’s name. This company was founded by August Horch, and the word “Horch” means “Listen” in German which, then translates to “Audi” in Latin. It might seem like a stretch to bring this translation to the company, but this is where it comes from.

The Audi names for the vehicles in the lineup are relatively straightforward and make it easy for you to understand what each vehicle is supposed to be. Similar to other luxury brands, the Audi team has adopted a combination of Alfa-Numeric nomenclature for the names of the models that are offered for your driving pleasure. Do they always follow this system? Not always, but for the most part, when you see an Audi name, you know exactly what it is.

Every vehicle that is the standard offering in the Audi car lineup starts its name with “A.”You’ll see more A models on the road than any other type of Audi vehicle. Each model also has a number assigned to it. These numbers currently run from one through eight and signify vehicles in ascending size, price, and list of features. For example:

As you can see, at the top of the list of Audi names, you see a switch in the order. This might drive some of the German engineers crazy to think about, but this is the starting point of the names for this brand.

Adding the S to the Name

If having the “A” in the name signifies a standard powertrain and performance, what happens when you substitute an “S” to the name of the vehicle? The S models are a variant of the regular cars that offers you a sporty build and more fun and performance. These vehicles are typically equipped with more power, a sport-tuned suspension, and more aggressive driving dynamics to give you a drive that’s more fun.

Some Models Wear RS, What is That?

Only a few models in the Audi lineup have received the RS moniker, but they are another variation of the basic vehicle they represent. RS stands for RennSport, which is translated to Racing Sport and is made for some of the coupe/hatchback models, a few of the SUVs, and the small sports coupe. For example, the TT RS is a compact racing sports car; the RS4, RS5, and RS7 are all racing sports cars that could be a lot of fun on the track.

Looking at the SUVs

The letter that tells you that the Audi names you see represent crossovers is “Q.” There are several models in the lineup that wear this letter at the front of their name. Much like the cars, the SUVs use a numbering system that rises from lowest to greatest to represent smallest to largest in the lineup. Currently, there are four SUVs you can find at your local Audi dealer, they are:

There are significant differences between the Q7 and Q8, but we’re only coving the names in this writing.

When you look at the Audi names we’ve covered, you don’t see a place where the R8 fits in, but this car is an incredible sports car that ventures into the supercar realm. What is the R8, and where does it fit in? The R8 is a roadster, hence the “R”, and it’s a larger car based on a platform that’s similar to the A8. The platform is called the “AudiSpace Frame” platform. This is one of two cars that is an outlier in the naming system.

Now that we know what the Audi R8 happens to be, what is the Audi TT? This is another car that doesn’t fit into any of the slots that we’ve already covered. Don’t worry; the Audi TT is another outlier in the naming system, and it’s also a sports car. The TT is a compact roadster that’s based on the VW Group A platform. You’ll find a regular TT, the sportier TTS, and the RennSport TT RS to give you three variants of this fun and active luxury car.

For Now, That’s All of the Audi Models

What’s in a name? In the automotive world, a lot of work, discussion, and emotions go into naming any vehicle. Even the straightforward Audi names that you know more about were thoughtfully chosen to describe the vehicles that are being sold by this brand. Is there an Audi that sounds like the car you’re going to drive? When you’re out on the road, you’ll notice the various Audi models around you and know what the name of the car means and where it fits in the lineup.