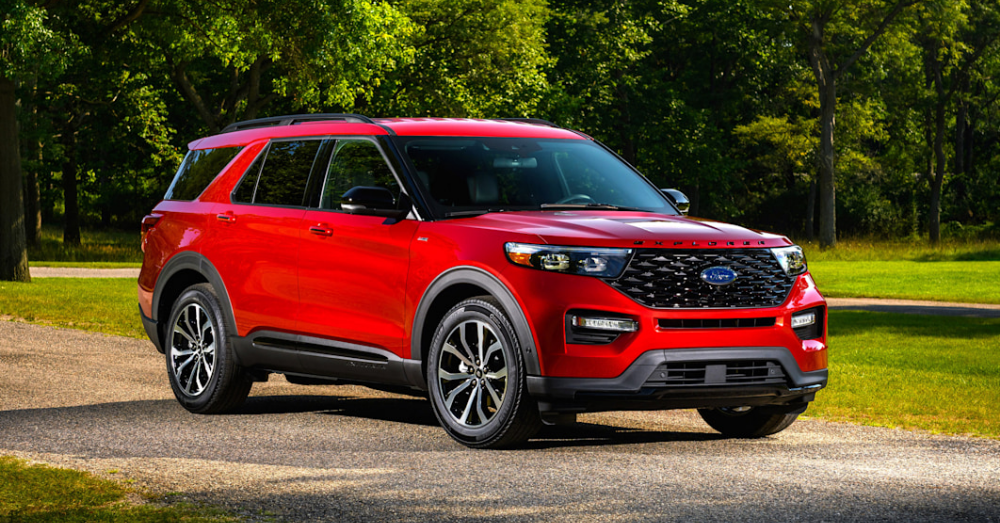 Ford decided to take drastic action to ensure that shoppers are able to get the 2022 Ford Explorer models they’ve been waiting for, even if it means shipping out somewhat incomplete models.

Unless you’ve been completely shut off from the rest of the world over the last couple of years, it’s no secret that your local Ford dealer is struggling to keep up with demand for new vehicles. It’s not just Ford dealers, though; it’s every auto manufacturer around the world.

Thanks to complications from the COVID-19 pandemic, new cars aren’t coming off the assembly line as quickly as they used to. This is in part due to a shortage of necessary computer chips and a delay in the global supply. Automakers are exploring every option to get vehicles out into showrooms across the country.

The Original Plan for the 2022 Ford Explorer

Like many manufacturers, Ford had to make some tough decisions about how to proceed with the computer chip and semiconductor shortage. While there are plenty of plans in place to bump up the production of these parts, the demand is so high that it will be a while before the market comes back into balance.

Originally, Ford planned on shipping out partially built models. That means you might see a 2022 Ford Explorer at your local Ford dealer that looked incredible but was completely undrivable. Once computer chips were available, they could be installed, and vehicles could be sold.

Sadly, this plan meant having mostly finished vehicles just sitting idly. Hundreds of Ford Broncos, for example, were spotted taking up space near a Michigan assembly plant waiting for their chips to come.

Drivable With A Discount

The updated plan involves reducing some of the normal features that come with certain vehicles. The Ford Explorer, for example, will be drivable when it leaves the assembly line. It will not, however, have the computer chips that power rear air conditioning and heating controls.

Ford plans to ship the missing components to local Ford dealers within a year to be installed. That means you only have to go without these features for a little while. You’ll also get a substantial discount on the purchase price of the vehicle to make up for the inconvenience.

Heating and air conditioning will still be controllable from the front seats, so it may not even be that much of a sacrifice for some drivers. More importantly, it will mean not having to wait for the fully-functional vehicle to be available. The idea is to allow shoppers to bring home new Explorers faster.

Every major auto manufacturer has had to make similar decisions. GM, for example, is dropping features like wireless charging and HD radios, while Tesla is producing some cars missing USB ports. While there may be some debate on how crucial the affected systems really are, each automaker is doing what they think is best to produce enough inventory to meet the demand.

It’s hard to know exactly when the auto market will return to normal, if ever, but it’s refreshing to see manufacturers at least try to tackle current problems. Until things return to normal, get ready to see some Ford models come without secondary features at your local Ford dealer.