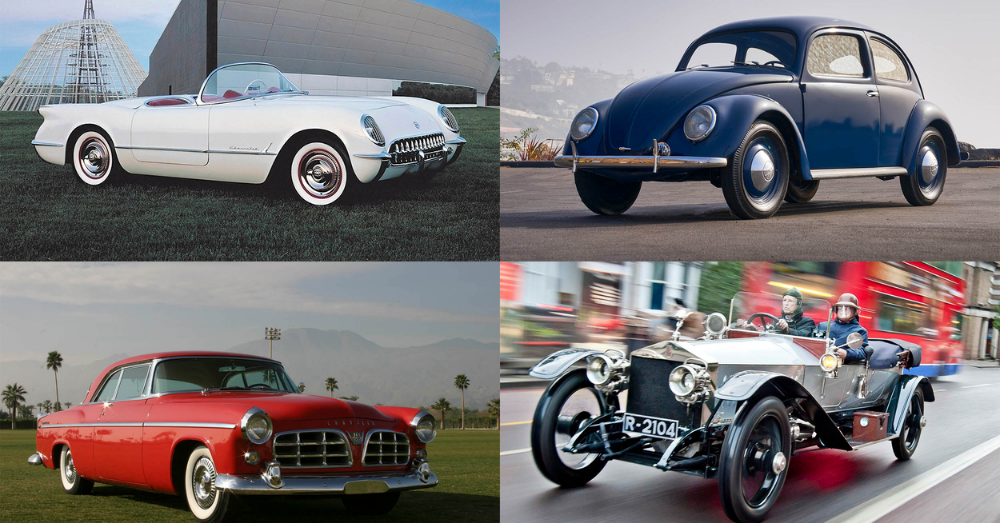 Maybe you remember your folks driving one of these classic vehicles and promised yourself you would have one of your own one day. Whether you’re shopping for new or used cars, these 5 have stood the test of time and will make your childhood dreams come true.

Datsun brought the Z cars to America over 50 years ago. With their uniquely sleek style, they resembled something you’d see James Bond driving. And with names like the 240Z, 208Z, and 300ZX, they even sounded like Bond cars. Datsun became Nissan in the early 80s, but the Z line remained stylish and athletic, boasting 150 horsepower teamed with a standard 5-speed manual transmission.

Nissan stopped making the 300ZX in 1996, but Z-models remained popular among used car buyers. Now the Nissan Z is back bolder than ever. But now you can just call it Z.

From the mid-60s to the early 70s, the Ford Mustang was the very definition of cool. There was no other sports coupe like it. It was a powerhouse with its legendary 271-horsepower V8, plus it was roomy enough to haul the kids to school. It’s hard to find another coupe with the star power of a late 60s ‘Stang. A ‘68 green Mustang nearly upstaged Steve McQueen in “Bullitt,” and if you’re a John Wick fan, you’ve no doubt been drooling over that 1969 Mustang.

The Mustang has been going strong for almost 60 years. Recently, Ford took a gamble and put its iconic nameplate on a new, all-electric SUV. The gamble paid off: the Mustang Mach-e was the second-best-selling electric SUV in 2021.

Chevrolet saw the success of Ford’s pony car, the Mustang, and wanted to get in on the action. Executives fast-tracked production of the Camaro and marketed it as a 2-door coupe and a convertible. Like its rival, the Chevy Camaro was available with a standard 6-cylinder power plant or a massive 8-banger.

After stopping production in 2002, Chevrolet brought the Camaro back in 2010. And with an available 650-horsepower V8, it’s still going hood-to-hood with its American rivals, the Mustang and the Dodge Charger, and Challenger.

Originally commissioned as an economical commuter car, the British Mini Cooper has been charming car lovers worldwide for over 60 years. Its agility and engaging driving experience caught the attention of race driver John Cooper, who turned the Mini into a track legend. And thanks to films like “The Italian Job” and “The Bourne Identity,” the Mini Cooper has been a matinee idol nearly as long as it’s been in production.

Today’s MINI cars retain the engaging personality of the original Mini Cooper and are even available in convertible models. If you’re looking at charming, fuel-efficient used cars, the MINI is one to add to your list.

Ford F-series trucks have been a mainstay on roads, ranches, and construction sites for nearly 75 years. With automakers able to refocus production on the consumer market after WWII, Ford offered its new F-series pickups in several configurations to suit buyer needs and tastes. Ever innovative, Ford introduced features including 4-wheel drive in its F-100 trucks and even debuted the industry’s first 4-door crew cab as an option for the F-250.

Ford kept the F-100 badge on its flagship pickup until the mid-1980s when it re-branded the truck like the Ford F-150. Today’s F-series trucks come in a wide assortment of configurations and engine options, from a 475-horsepower diesel V8 to the all-electric F-150 Lightning. It’s hard to see America’s best-selling pickups losing momentum anytime soon.

Once and Future Legends

Some vehicles were destined to be instant classics, while others were driven to greatness. From pony cars to pickups, we’ve uncovered some true icons. Which current models will achieve legendary status over the next 50 years? Will it be an EV like a Toyota Prius or Hyundai Ioniq? Or will trucks such as the Ford F-150 continue to stand the test of time?