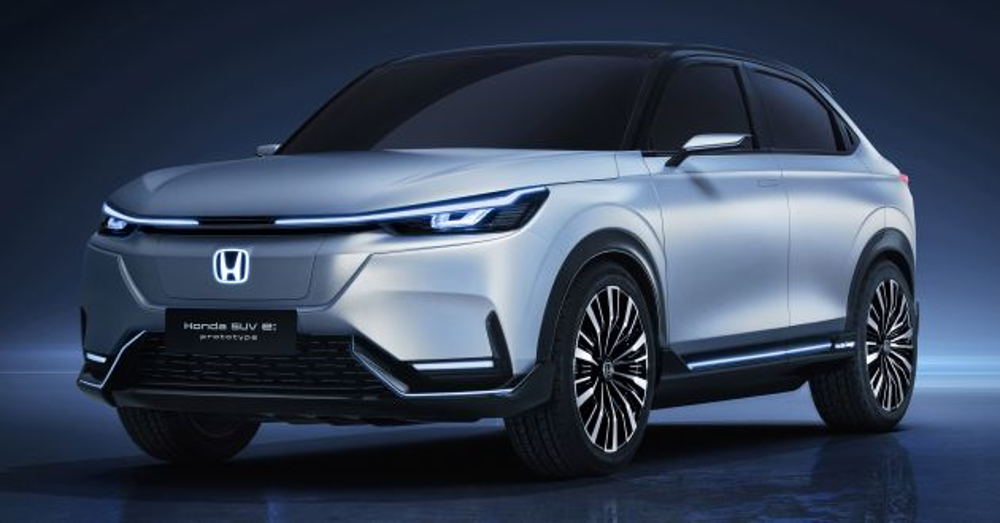 Honda hasn’t shown the greatest desire to participate in the EV market, but that’s all about to change with a new announcement.

Maybe this brand has been burned many times before by competition, or it could be a large number of Honda items in the world with internal combustion engines, but Honda seems to be slow to the electrified party. We got excited a few years ago with Honda developing a small electric car that isn’t offered in North America, thinking this might be the beginning of Honda electrification, but that proved wrong. The most recent announcement could be a significant change for Honda or a lot of fluff.

How has Honda Been Burned?

Think back 20 years; what was the first hybrid car you can remember? Most of us will talk about the small wedge-shaped Toyota Prius, but the Honda Insight came first. The very first versions of Insight offered us a hybrid vehicle that made fuel-sipping technology a reality. Still, Toyota took the thunder away from Honda quickly with the Prius. Honda didn’t come back to the hybrid market for many years, and even then, the new Insight hasn’t been nearly as popular as the Prius has ever been.

Everywhere You Look, You See a Honda Engine

Honda isn’t just a car company. In fact, for a long time, it was a company better known for motorcycles, lawnmowers, marine engines, generators, and even chainsaws. The Honda engines are legendary in the world. Most people reading this have either owned or know someone who has owned a Honda engine that wasn’t part of a car or SUV. The move from these engines to an electric world can be scary for a company like Honda, but they recently announced their EV plans.

What are the Plans?

The Honda executive team must have taken the advice of “g big or go home” because they are going big. It’s already 2022, and even though they have one EV being sold worldwide, Honda intends to launch 30 new electric vehicles by 2030. Some of these models will arrive in the United States, while others will remain in other markets without ever coming to America. Regardless, we will see many new and exciting electric vehicles coming from this brand over the next several years, giving Honda a new foothold in the future of the automotive world.

How many volumes Can we Expect from Honda?

As Honda announces these new EV plans, we must remember how they entered this part of the market at other times. The EV compliance car of the Fit EV was only produced in 1400 units, and the Clarity Electric was pulled from the market after its 89-mile driving range proved to be too small to be competitive. While those models were abject failures, Honda expects to offer a collective volume of EV models totaling more than 2 million units by 2030. This will represent at least 40 percent of the global sales for the brand.

Could Any of the New EVs Become Acura Models?

Some luxury brands are moving to strictly electric vehicles, but no such announcement has been made regarding the Acura brand. There will be two of the new Honda electric models that will be sporty vehicles. This could mean that we see an Acura NSX as an electric vehicle in the future. Most of the new models will likely be crossovers, considering those vehicles are the most popular in the market right now. If that global trend should change, expect the direction also to change.

What Will We See?

New Honda EV models offered in North America will have a familiar feeling. The only reason for this familiarity is the parts Honda will source from GM. The General Motors Ultium battery architecture in the current GMC Hummer EV will be used in the first two Honda models. These two new Hondas are the Prologue SUV and an Acura that doesn’t have a name. These two will arrive in 2024 to give us the first Honda models using only electricity.

A Honda and GM Venture for the Future

Honda and GM will partner together not only for the current EV models offered but also for a lower-cost, higher-volume lineup of models that will launch starting in 2027. Those vehicles will use the next generation of Ultium battery cells in smaller vehicles. These models could be smaller than the Chevrolet Equinox EV, which we will see sometime next year. How many new models will use the next generation of Ultium batteries is unknown right now, but there should be various models from both brand names.

Will Honda Make Their Own Batteries?

Even though Honda will initially rely on GM to provide the battery technology needed in North America, they intend to make their own batteries in other parts of the world. Honda is exploring a joint-venture cell production that doesn’t involve GM. This pilot program is expected to take place in Japan and could be for a low-volume package of solid-state battery cells to get things started. The production target for this program is spring 2024. If successful, this is the first movement toward Honda having its battery package to offer consumers a small number of EV models in Japan.

What About the Partnership with Sony?

We’ve heard rumors and announcements that Honda and Sony have partnered up, but nothing has come from that. We know Sony is serious about building EV models, but will the first EV from this partnership wear the Sony name or the Honda name? This could be a bit of a challenge for both companies. No matter how these partnerships shake out, we see that Honda has some irons in the proverbial EV fire, and they are burning hot. Get ready to see the Honda name sprawled across several new electric vehicles over the next several years.