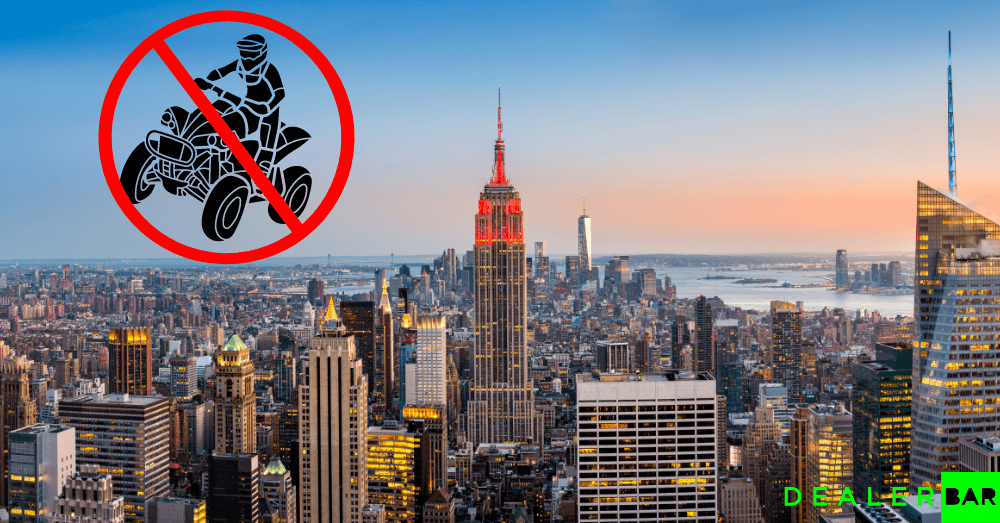 Responding to complaints by citizens, the NYPD crushed nearly 100 bikes and ATVs

The New York City Police Department is listening to the concerned and frustrated citizens of the city. The department heard the complaints of residents who are tired of illegal bikes and all-terrain vehicles causing disruptions and loud noises on city streets.

Annoyances in the City

New York City residents do not want to see illegal bikes and ATVs causing disturbances on their streets. People have consistently made their complaints heard at the city level. Among the frustrations of these dirt bikes and all-terrain vehicles are the menacing maneuvering in and out of traffic, excessive noises from the engines, speeding, driving, and racing on sidewalks, and not signaling properly or at all.

Oftentimes, these bikes travel in larger numbers. As the number of bikes and ATVs grows, so do the dangers. These vehicles strike pedestrians regularly, and accidents happen because drivers are trying to avoid dangerous bikers. Ask your local Polaris dealer about how and where to ride ATVs safely.

The Answer, Loud and Clear

New York citizens have not hidden their annoyance. Time and again, residents come together to voice their complaints. It is innocent people just trying to live their lives that have to deal with the hazards and dangers from illegal bikes and all-terrain vehicles causing problems on the streets and in the neighborhoods.

The message is loud and clear: get rid of these bikes for good. New York Police Department Commissioner Keechant L. Sewell responded to concerned citizens with a concise answer. The illegal bikes and ATVs need to go.

As part of the Summer 2022 Motorbikes Plan, the New York Police Department crushed 92 bikes at the end of June. The department had seized these dirt bikes, motorbikes, and all-terrain vehicles in previous months and were being held by the police department. Often, when the police seize something, owners have the chance to claim the item after it is processed and any fines are paid.

However, the police department wanted to send a message to anyone in the city with these illegal bikes. The NYPD is listening to the concerned residents who are tired of dealing with the noise and danger so often associated with these vehicles.

The New York Police Department crushed 92 dirt bikes, motorbikes, and all-terrain vehicles at the Erie Basin Auto Pound in Brooklyn. The department is hoping anyone who owns these bikes will heed the message and refrain from driving them illegally on the streets.

The message should be clear. There is a safe way to ride these bikes. New York has a long history with bike racing and stunt driving, but these activities need to take place in appropriate places. City streets full of children and businesses are not safe for illegal bikes and all-terrain vehicles.

With these actions, the city hopes the public becomes more aware of how dangerous these vehicles are and to think twice before riding one in neighborhoods full of people.