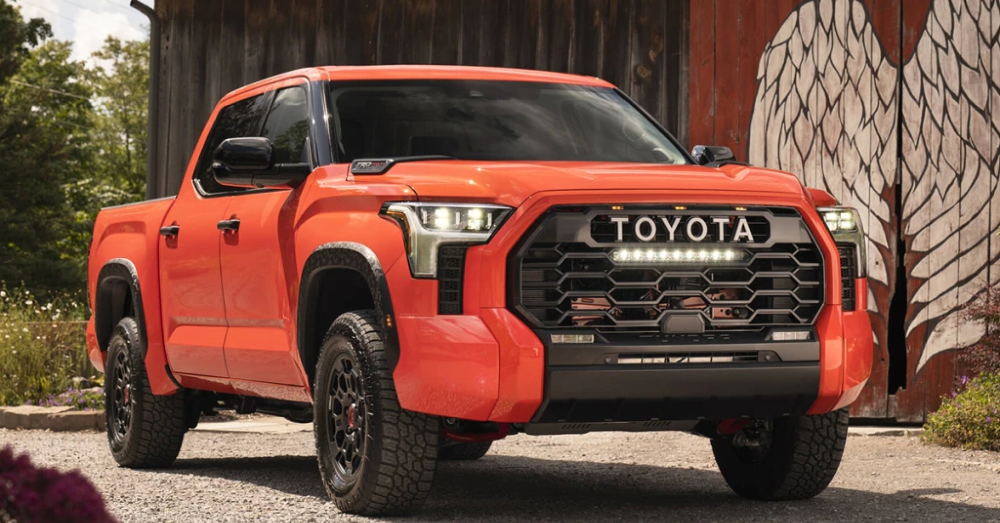 The previous generation of the Toyota Tundra lasted from 2007 until 2021. That’s a long time for any vehicle, including a truck.

Toyota engineers wanted to build the new truck to withstand the punishment many half-ton trucks endure during their lifetimes. The secret number to longevity is one million miles. That’s right, seven digits, which odometers aren’t programmed for. There were two first-gen models of the Tundra that reached this number, and Toyota bought one of them to study and inspire the 2022 model, which ushered in the newest generation for this truck.

Think about the number of oil changes, tire rotations, brake changes, and fluid replacements involved in reaching the seven-digit mark. It’s incredible to think that any vehicle can reach this number, but some have, and we certainly salute those owners that have made this happen. The Tundra that was used as a study machine for the new generation was the 2007 model owned by Victor Sheppard. When his truck hit the magic number in 2016, Toyota bought Sheppard a new Tundra to replace his old truck. This gave the engineering team a truck that had proven itself on the road that became their study truck.

Something Has to be Wrong at this Mile Mark

How can any vehicle be driving as far as the Million-Mile Toyota Tundra? It seems difficult to reach 100,000 miles sometimes. Trucks are made different from cars and SUVs. These pickups can take the pounding, and this particular Tundra did just that. The only items that didn’t work in the 2007 model when Toyota received it were the sun visor detent on the driver’s side and the odometer, which had reached its limit at 999,999. This was an amazing testament to what this truck offered

The Truck Bed Was in Bad Shape

It was pretty obvious that Victor Sheppard had used this truck for carrying and hauling items in the bed regularly. The bed was severely stressed and damaged, which led the Toyota team to consider a different formula for the bed. The 2022 models of this ruck have beds made from lighter materials that are studier and less prone to corrosion. The Toyota team of engineers tested this new bed by throwing rocks, cinder blocks, and a V8 engine in the bed. Amazingly, the bed survived all of this torture without a dent.

Beds Grew, So Did this One

Since the bed of the older Toyota Tundra provided so much room for improvement, the designers and engineers went for support that would allow the bed to be larger and distribute the weight better. This led them to a linear, ladder-shaped frame instead of the frame previously used.

Once the bed was covered, the team worked on storage inside the cabin, ensuring a large storage area would be offered under the rear seats. These improvements allow the new Tundra to be beefier and stronger than before.

The Drive Chain Grew, Translating to Growth in Other Areas

Not to get into the drivetrain too much, but the Tundra team put a wider 1¾-inch drive chain in the new Tundra, which means the gearing, shafts, and all other functional items had to be beefed up. Of course, if you know the 2022 Toyota Tundra and what it offers, you already know this truck doesn’t use a V8 engine at all. With that teaser, let’s take a look at what the new Tundra brings to the market to give us the latest generation of a tough and reliable truck.

What’s New With the Tundra?

We know the 2022 model of the Tundra is a new vehicle, but thankfully we can pinpoint some of the upgrades to show where improvements were made. Along with the new composite bed and ladder frame, Toyota gives this truck two new powertrain options, one being a hybrid model. The exterior and interior have been redesigned, and the chassis is lighter while being stronger. The rear suspension offers a set of coil springs that replace the leaf springs. Altogether, this new Toyota truck is an impressive model that has all the right stuff where you want it.

The top trims of half-ton trucks have become more luxury-laden in the past few years, and Toyota joins the mix with a new Toyota Tundra Capstone trim. This new model brings you 22-inch dark chrome wheels, a unique grille, semi-aniline leather upholstery, a two-tone white and black interior, American walnut wood-grain trim, a head-up display, and power running boards. This version of the Tundra is only available in the CrewMax build and with the iForce Max hybrid powertrain. This isn’t the strongest Tundra, but it is the most luxurious of the lineup.

What are the Powertrains of the Toyota Tundra?

Most versions of the new Tundra will use a 3.6-liter twin-turbocharged V6 engine attached to a 10-speed automatic transmission. This powertrain delivers 389 horsepower and 479 lb-ft of torque. Fuel mileage maxes out in the SR RWD model at 18 city/24 hwy mpg.

Consumers that choose the iForce Max powertrain receive a 3.4-liter twin-turbocharged V6 engine plus an electric motor. This setup delivers 437 horsepower and 583 lb-ft of torque. If you purchase the Capstone model, this is the only powertrain offered, and it gives you 10,340 pounds of towing and 1,485 pounds of payload.

Will There be Some Million-Mile Tundras in this Generation?

The 2022 model year is the first for this new generation of the Toyota Tundra. We’ll have to wait and see if any of the new trucks will make it to that magic seven-digit number. If they do, it will be interesting to see if any of them have beds that stood up to the test of time and abuse. Using a truck that proved itself was the right choice for Toyota and a great way to develop the next generation of the Tundra that we love and admire.

Are you ready to drive a new 2022 Toyota Tundra? Do you want to take your truck and see if you can reach that magic mile marker?