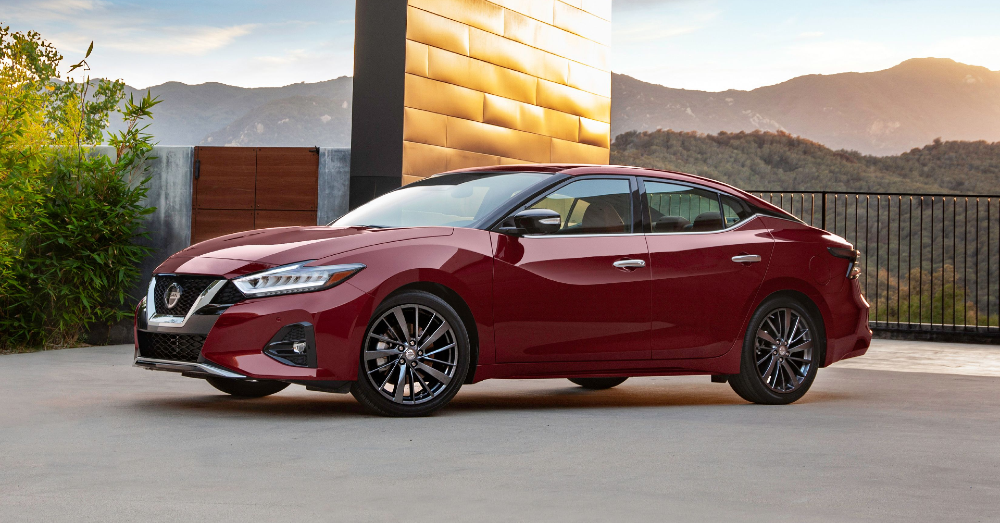 Say it isn’t so! The Nissan Maxima will no longer be part of our automotive market after 2023. This is terrible news for those that love this sports sedan.

Actually, the news might not be all bad, but we don’t know exactly what’s going to happen with the Maxima name when the EV market takes over. Unfortunately, sporty sedans, like the Maxima, are not part of the future plans for most automakers. Nissan does tell us to stay tuned for future Maxima news, but if they are like most of the other automakers, they will focus on electric SUVs before moving to some of the low-production models.

How Long Has the Maxima Been Built

The first generation of the Maxima was the second generation of the Datsun 810. That’s right, a brand name that we no longer see was where this car first appeared. Many of the heritage models from Nissan are that way. The next Nissan Z has a heritage that dates back to 1969 with the Datsun 240Z. We could have guessed the Maxima wouldn’t have much longer, but when the 2023 model year comes to a close, that will end 42 years of being one of the most impressive sports sedans in the market.

While the current version of the Nissan Maxima is larger and not quite as engaging as it once was, the early days were something special for this car. Considering the dark days of the 1980s and what that decade brought, it’s a bit surprising the Maxima came from that decade. The first versions used a 2.4-liter inline-six from the 240Z. This car was set up in RWD, making it a sporty car to drive. The FWD models came later, and the second generation model of the Maxima arrived in 1985. The design of this 1985 car lasted through the third-generation model, which didn’t end until 1994.

This Nissan Sedan Was a Sleeper

The versatility and comfort of a midsize sedan with the chops of a sports car were incongruent with what this car should be. That said, the power behind the Maxima made it impressive. So impressive as the Maxima that it could be at the 996-generation of the Porsche 911 in a drag race. This certainly puts this car in the sleeper category. No one expects their family sedan to take down the venerable Porsche.

The Right Engine Made a Huge Difference

The engine that Nissan used in the Maxima for many years is the VQ30DE V6. This engine won awards as one of the ten best engines by Wards. This engine found its way into this category for 14 consecutive years. During that time, Nissan continually tweaked and improved this engine to ensure the Maxima would remain relevant. This amazing engine was a huge part of the success of this car, starting in the fourth generation, which began in 1995. For a long time, the Maxima was decided to a manual transmission, with either a five or six-speed layout from the first model made through 2007.

The Maxima Nearly Met its Demise

Not long ago, the Nissan Maxima almost met its demise because this is a car that’s only offered in the North American market. Nissan executives had to be convinced to keep this midsized sedan on the market alongside the Altima, and thankfully, they were convinced. This is a car that brings you a comfortable cabin, a powerful engine, nearly luxury features, and a sporty feeling on the road. If you want an active and engaging sedan to drive, you need to consider the Maxima and avoid some of the expensive luxury models offered.

What do You Find in the Current Maxima?

Today, the final versions of this Nissan sedan offer a strong balance between sporty and luxury elements to make sure you have a car with a long list of standard equipment. The current Maxima has been in the market since 2015 when the eighth generation began. That’s a long time in one generation, which is why we’re learning now that the 2023 model year will be the last time we have a gas-powered Nissan wearing this name.

The Powertrain Leaves a Little On the Table

Maybe, the 2023 model year will see a return of the manual transmission; at least, it could be part of a special model of the Maxima. Nissan did this car a little dirty by putting a CVT in with the venerable V6. That said, the Nissan CVT is a pretty good one. The 3.5-liter V6 engine is good for 300 horsepower and 261 lb-ft of torque. This sedan is still appropriate for families with its fuel mileage of 20 city/30 hwy mpg. Of course, these numbers pale in comparison to the hybrid and electric cars that are becoming more common.

Choose the SR Trim to Get the Most Maxima, Maxima in the Market

How can you get a Nissan Maxima that gives you the closest package to the sporty sedan personality that came with this car? Choose the SR trim. This model has a firm sporty suspension, paddle shifters, 19-inch alloy wheels, LED fog lights, a rear spoiler, aluminum pedals, and gloss-black exterior items.

Will You Celebrate the end of an Era with a new Maxima?

How can you celebrate this incredible car that’s been part of our world for the past 42 years? Head over to your local Nissan dealer and buy one of these incredible cars. Of course, you might want to wait and see if Nissan does anything special for the 2023 model year but start planning to put a Maxima in your garage. Who knows, in several years, you might be the only owner of a gas-powered Maxima left in your town.