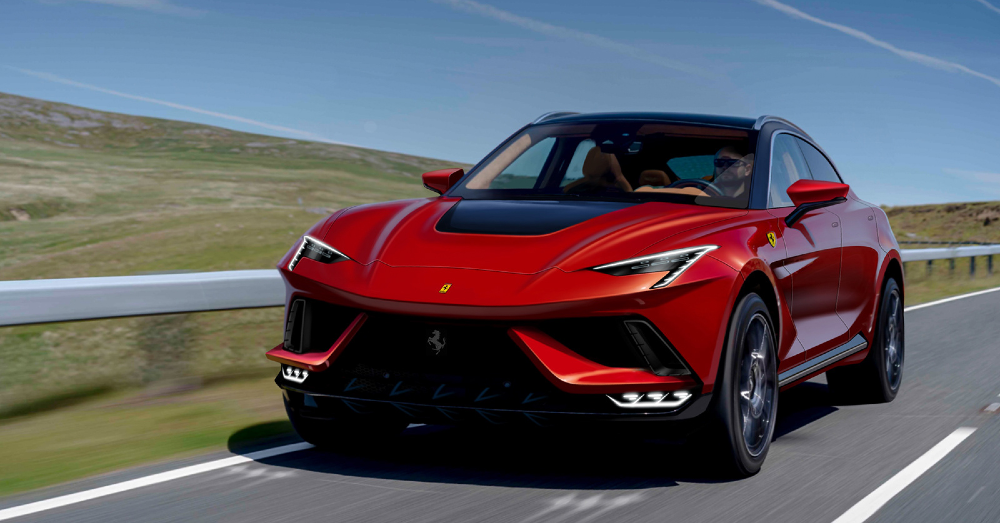 We know a new Ferrari SUV is heading to the market. This new model is called the Ferrari Purosangue, but is it a necessary vehicle from this brand?

If you ask the leadership team at Ferrari, they will tell you that an SUV wasn’t required for the company to continue to be a successful boutique automaker. While this might be true, the success of other brands and their new SUVs offers about as much pressure as Ferrari can take before entering a particular class. Maybe it’s this competition that made the Purosangue necessary.

Should We Start by Blaming Porsche for this New SUV?

Among some of the top names in Europe, Porsche was the first to deliver SUVs to the market. The Macan and Cayenne have been successful models from the start, but that’s not enough to push Ferrari to do the same. In recent years, Bentley brought the Bentayga, Rolls-Royce created the Cullinan, and Aston Martin gave us the DBX. These three models might not have been enough to put the pressure on Ferrari, but the Lamborghini Urus certainly is. The new Lambo is responsible for a large portion of the brand’s sales and has shown amazing success in a class where Ferrari continued to be absent until now.

Does the Brashness of Ferrari Continue to Show Up in the SUV?

Yes, it certainly does. The new Ferrari Purosangue arrives with a standard 4WD and a massive V12 engine. Does this setup make sense in today’s market? Most automakers are shying away from larger engines in favor of turbocharging, hybrid powertrains, and EVs. Could Ferrari miss the market with this new SUV, or will it become a popular choice by simply wearing the prancing horse logo on the front?

Continue With the Aloofness Ferrari, We Love It

In true Ferrari form, the brand claims this new SUV isn’t as much a utility vehicle as a new translation of what a GT car should be. The new Purosangue sits lower than most other SUVs in the market and seems to be more of a chunky sports car than an actual useful SUV. Somehow, this reminds us of some of the M-Division models from BMW that were supposed to be performance-oriented SUVs that BMW wanted donned as CUVs instead. Regardless, we admire Ferrari for trying to keep this model out of the SUV class, but that’s where its going.

What Does that V12 Offer?

If we’re going to see a powerful V12 engine in an SUV, we might as well talk about it. The new Ferrari Purosangue brings a strong 6.5-liter V12 engine that pumps out 715 horsepower and 528 lb-ft of torque. Most of the torque is available at low rpm numbers, which translates to incredible acceleration. Does this sound like something we want from Ferrari? Of course, it does. The name of this SUV means Pure Blood or thoroughbred, giving us two great ways to translate what this name means and how you could feel about it during your drive.

The Engine Isn’t All the Way Forward

What do you expect from Ferrari? You expect this brand to provide excellent performance machines, regardless of the size or build. Most SUVs push engines forward too far and nearly straddle the front axle with them. The new Purosangue pushes the engine rearward a bit to be a mid-front-mounted engine that also uses an 8-speed dual-clutch transmission. This setup results in a 49:51 weight distribution, which is pretty impressive considering the size of the engine. Driving this new SUV could be an amazing experience with the right balance during your time on the road.

Ferrari Tries Hard to Keep this Vehicle from Being an SUV

Among the high-end luxury SUV models, the Ferrari Purosangue is the most engaging model in the mix. In order for this vehicle to ride like some of the low-slung Ferrari sports cars, the brand had to put some creative engineering into the mix. This new vehicle rides on a completely new chassis that was designed from the ground up to give us a vehicle that carves up every road. The rigid build makes this SUV one that hits the paved roads with excellence and impressive performance.

The body of this SUV is made from various lightweight materials to give the Purosangue the desired performance. You’ll find some items made from aluminum, others made of carbon fiber, and some that use high-strength steel. These materials, along with the driving dynamics offered, should easily make this SUV one of the most engaging vehicles any owner can drive.

At first glance, the Ferrari Purosangue might not look like a four-door SUV, but it certainly is one. This SUV has rear-hinged suicide doors that offer easier access to the rear seats. The rear is small enough that full-size regular doors would be problematic. Once you get past these doors, you’ll see an interior packed with impressive features with amazing upgrades that deliver the style and feeling desired.

The Purosangue is Necessary in the Current Market

SUVs have taken over the market. Even though Ferrari doesn’t want this vehicle to be in the same class as a Toyota RAV4, Honda CR-V, or Mitsubishi Outlander, it’s classified as an SUV, the same as those three. Put this Ferrari next to these three models, and there’s no way you’ll ever think that the others are in the same category as the Purosangue. The current market calls for variety in the SUV world, the same as it has done for cars since the start of the automotive industry.

Even though the leaders at Ferrari can sometimes be so arrogant as to avoid entering markets because it doesn’t fit their brand personality, it was impossible for this brand to continue to do so in the SUV world. The Lamborghini Urus might have pushed this Maranello brand into building this new SUV, but you can expect the Purosangue will quickly become a sales success.

Will we begin to see these SUVs on the roads? The Ferrari Purosangue goes on sale soon and will garner the same attention other Ferrari models get when you see them show up at a car show or drive down the road. This is easily one of the most attractive and performance-oriented SUVs to enter the market.