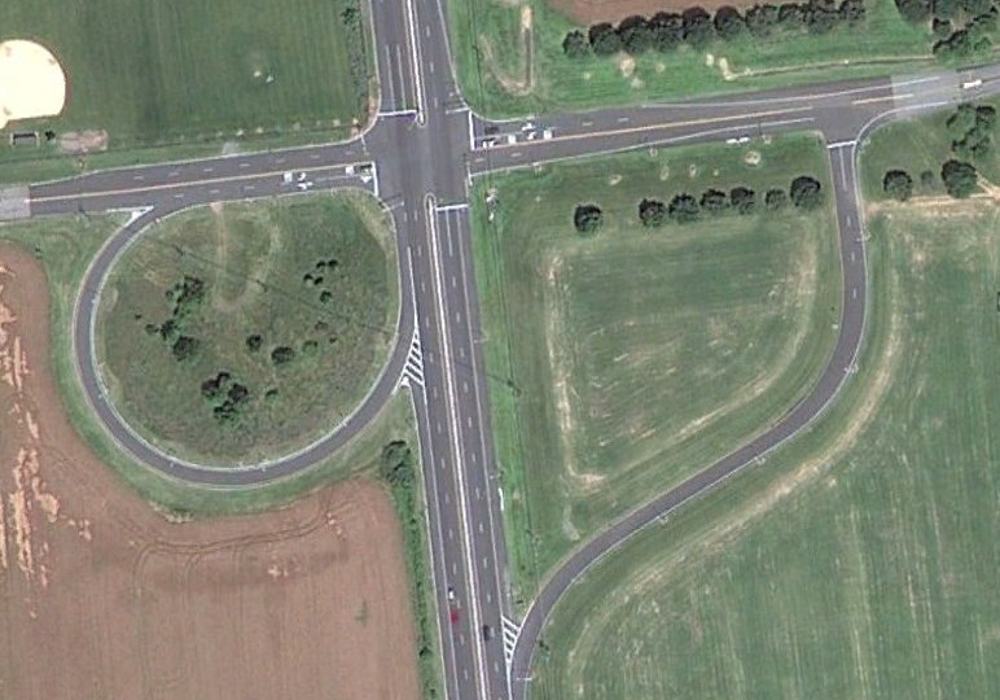 The dreaded left turn is problematic for many drivers in America. New Jersey has a unique solution to left turns, giving drivers something interesting that works.

The most dangerous turn you can make is a left. This turn requires you to turn while crossing in front of cars from the adjacent road. While most lights help make these turns a little safer, you’re never out of harm’s way of a driver that isn’t paying attention and plows into the side of your car while you’re turning to the left. This makes this particular turn problematic.

What is the New Jersey Solution

The danger of turning left is removed at some intersections in New Jersey. Instead, this state implemented a side part of the road called Jughandles. These little stretches of road remove the need to cross multiple lanes of traffic to make a turn to the left. This state uses these little side road areas in three different forms to create a pattern of traffic that makes left turns safer for drivers in this state. Many jughandles were installed in roadways many years ago, and they were made to offer about 20 years of usefulness.

A Federal Highway Administration study shows that jughandles had 26 percent fewer crashes per million vehicles than conventional intersections. This same study shows that conventional left turns tend to have more head-on collisions than those with jughandles. Not only are these jughandles safer than traditional turns they also allow turns to be made between 15 and 40 percent faster than conventional turns. Using jughandles allows the left lane of a highway to be used as a passing lane, which allows much better traffic low through an intersection while the light is green.

Residents of New Jersey have figured out how to make left turns using these jughandles, but if someone visits from out of state, this is where the confusion begins. Many of these unique turning lanes aren’t properly marked with signs that make it easier to use the jughandles to make a left turn. This creates confusion for these visitors and can lead to more accidents than traditional turning lanes. Most of the jughandles were designed several decades ago and have outlived their design life and usefulness. This makes us wonder if New Jersey will continue to use jughandles to make these turns.

A Change in New Jersey

Even though New Jersey offers some unique ways to make turns to the left using jughandles, these side roads that make this turn safer and allow traffic to flow faster are being eliminated in some areas. In some counties, the jughandles are being replaced by conventional turning lanes. This is the result of most of the jughandles outliving their usefulness and more drives on the road. While these side roads are safer, they present a serious problem when backed up and filled with cars. This problem has led some counties in the state to remove the old jughandles in favor of traditional turning lanes.

New Jersey Isn’t the Only State With Left-Turn Woes

Although the jughandles in New Jersey are becoming obsolete, they were a viable solution decades ago and have made it safer to drive in this state. Other states and cities also offer different ways to handle some turns and make things much safer for drivers. Although the dreaded left turn will likely always be problematic, some areas have issues with other turns as well. Let’s take a look at some other issues and solutions presented that could be used in some places.

Some Maryland Roads Only Allow Left Turns at Intersections

If you drive down the road in a busy city, there might be a center lane that has arrows pointing to the left for each direction of traffic. This center lane is used to move cars out of the way of traffic and offers a lane for turning left between intersections. This lane can be both problematic and useful at the same time.

The center lane is legally only supposed to be used to turn left from the main road. Unfortunately, many people will use this lane while turning from a side street. Not only will they move into this center lane to eventually merge into the oncoming traffic, but they will use this lane as an acceleration lane and will drive down it, which creates even more issues.

In some areas of Maryland, these busy roads don’t have a center turning lane. Instead, hard medians have been built, requiring drivers that need to turn left between intersections to go to the traffic light, wait for the left-turn arrow, and make a U-turn to eventually turn right into where they needed to turn. This can be much safer than traditional left turns.

Even though New Jersey uses jughandles for left turns and Maryland offers hard medians to control traffic, Ann Arbor, Michigan, and Washington, D. C., have a different problem. Their issues lie with the right turn that can be made while the traffic light is red. Both places have proposed legislation to eliminate these turns because of the potential for pedestrian and cyclist accidents while turning to the right when the light is red. In 2025, Washington, D.C., will remove this turn entirely while Ann Arbor makes 50 intersections “no turn on red” locations.

How Can You Make Left Turns Safer?

There’s an old story that goes around social media sites that talks about an older couple that never makes a left turn. Instead, they plan all routes to make the required number of right turns to eventually make a left. In most cases, this is three rights to equal one left. While it’s understood that left turns are much more dangerous than right turns, you can still make these lefts safely.

The best way to make left turns, other than using the New Jersey solution, is to follow all traffic rules, drive defensively, and anticipate problems that could happen during that turn. This doesn’t remove all possible accidents, but it can make turning safer when you’re a little more aware of how dangerous these turns can be.