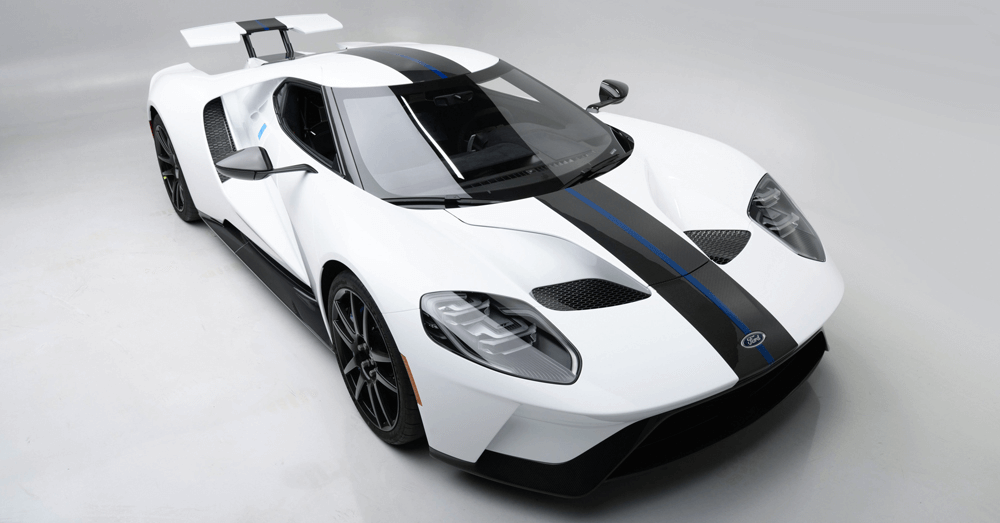 Do you dream about buying a car that you can’t get at just any Ford dealer? Well, now is the time to get a supercar that very few others will ever have the opportunity to own. The Ford GT Carbon Series supercar is going up for auction at the Barrett-Jackson 2023 event in Scottsdale, and if you have some extra funds to spare, you can bid on it.

What Is the Ford GT Carbon Series Supercar?

Ford originally released the GT Carbon Series supercar in 2016 but only made 1,350 of them. And they aren’t for the faint of heart—or wallet. The idea for the GT started in 2013, with Ford designers working to make it aerodynamic and lightweight. This street-legal race car has a mid-mounted 3.5-liter turbo EcoBoost V-6 engine that churns out 660 horsepower. It can launch from zero to 60 mph in under three seconds and has a top speed of 216 mph.

The driving experience is made even more fun with the seven-speed dual-clutch transmission from Getrag. What’s even better is the odometer shows just 32 miles, and it even comes with some original items, including the factory production photos, the window sticker, and the battery charger.

What Else Does It Come With

The GT that’s going up for auction is made with Chassis No. L173. The exterior is Frozen White, and it will arrive at auction with additional factory options that total over $35,500. These include the Carbon Blue Graphics Package with a blue stripe down the center of an exposed carbon-fiber stripe. It also has exposed carbon-fiber mirror caps and a titanium exhaust to lighten its overall weight. 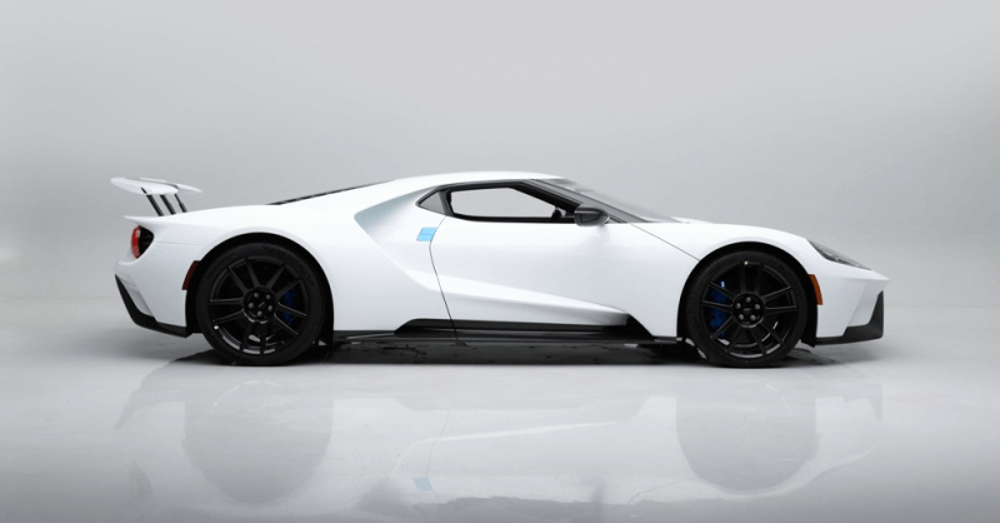 The carbon-fiber wheels wrapped in Michelin Pilot Sport Cup 2 tires add to the overall exterior experience of this supercar.

What Comes Inside the Ford GT Carbon Series

It’s probably not a surprise that inside the GT Carbon Series, you’ll find lots of carbon fiber. The steering wheel is made from carbon fiber and then covered in Alcantara leather, and you’ll also find it in other places in the cabin. The six-point racing harness has anchors to keep the driver securely in place.

Who Could Buy the Ford GT Carbon Series?

At its initial release, the Ford GT had a starting price of $453,750, and Ford executives and VIPs got first dibs. Other buyers who wanted a chance to get one of these couldn’t just talk to their Ford dealer about buying one. This was not a car for the everyday driver. Potential buyers had to submit a video resume, their social media ratings, and show their racing accomplishments in order to even be considered. There was so much interest in this supercar that demand was much higher than the supply, which only added to the competition for enthusiasts to get one.

Since this limited-production vehicle was not something you could find at a nearby Ford dealer, the Barrett-Jackson auction will attract supercar enthusiasts, and it’s expected to go for a hefty price once it’s all said and done. A similar model with more than 32 miles on the odometer went for over 1.5 million at Barrett-Jackson’s Palm Beach area auction.