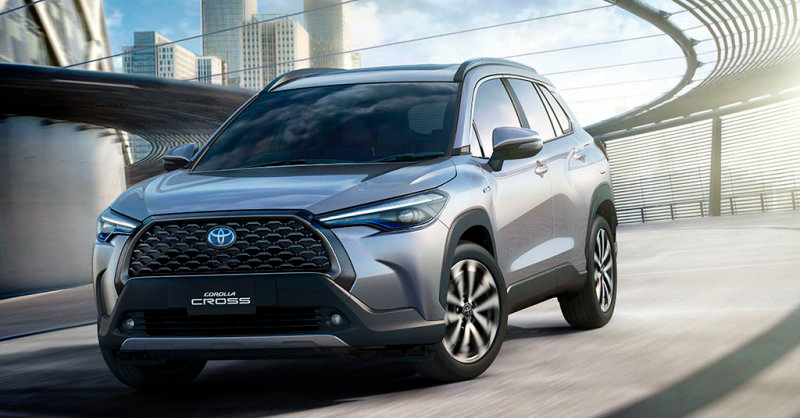 Recently, Toyota has filed for a patent with the European Intellectual Property Organization for the name Toyota Corolla Cross.

While hatchback vehicles have been mired as bargain-priced, budget-built models for those who need a little versatility in a car that has to be the first one they own, many hatchbacks have become more of what we want over the years. Whether we see a hot hatch to give us more fun on the road or at the track, or we see one of the raised hatchbacks that can go out on the trails and offer more fun for those who want to explore, hatchbacks are more useful than they’ve been in the past.

So far, we see the active models in the hatchback market include the Ford Focus Active which will arrive in the near future, the Subaru Crosstrek, the Volkswagen Golf Alltrak, and the Chevrolet Spark Activ. There could be one more model added to the mix and it will come from Toyota. This new model could be the next addition to this family and it would give us yet one more small hatchback that can be fun on the light trails.

Becoming a Destination Choice from Toyota

The active hatchback market is becoming a popular segment of the market in North America. It seems that many people want to have a small vehicle that can handle the travel out on the trails while also being small enough to fit anywhere. These little hatchbacks allow for the versatility needed to carry the cargo and gear needed for an active lifestyle. Adding the Corolla Cross to the list of active hatchbacks that can be enjoyed only increases the number of options someone with an active lifestyle has for what they will want to drive.

So far, we don’t know everything from Toyota about this new vehicle. We don’t even know if it will head to production or simply be a model that shows up as a concept vehicle. If it does show up in a production model, it may have small wheels with off-road knobby tires, plastic body cladding, and a raised suspension. The 2.0-liter engine and 1.8-liter turbocharged engine could be the ones used to power this car and the power would be routed to the wheels through a CVT automatic transmission or possibly a six-speed manual.

Learning More from Toyota in the Future

If the Toyota Corolla Cross becomes a model that we do see as part of the Toyota lineup for the future, you can be certain we’re going to talk more about it in the upcoming months. With the filing in Europe, this model may show up in that market first and then make its way to North America. As this area of the automotive market has grown, you can be certain that Toyota will find a way to have an entry in the class and give us an active hatchback that can be a reliable and fun model that addresses our active needs on the road.