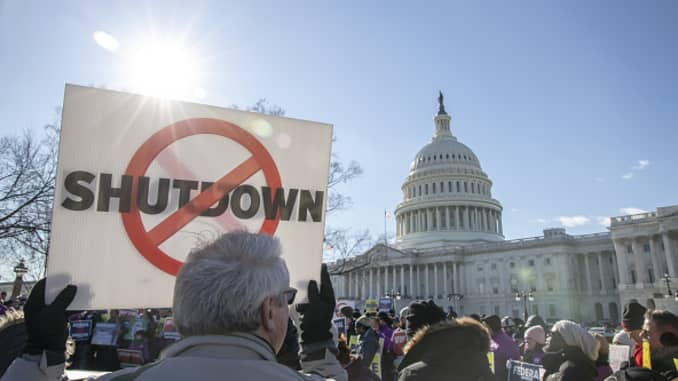 In the wake of 5-weeks of uncertainty, lost income for many, and regulatory bodies being put on hold, the shutdown impacted car sales.

In January 2019 the longest government shutdown in the history of the United States finally ended after 35 days of uncertainty for federal workers and many industries. The partial shutdown meant that ‘non-essential’ agencies were not funded and 800,000 federal employees were furloughed or forced to work without pay. It began on December 22, 2018, after last-minute negotiations in Congress failed to end the budget standoff, and finally ended on January 25, 2019. The automotive industry felt the knock-on effects in several ways.

Automotive sales saw a decline in January 2019 compared to last year. However, January is traditionally one of the weakest months for auto sales, which is largely due to consumers curbing spending after the Christmas buying spree. But it could also be partly attributed to the government shutdown. Consumers are more wary and conservative about buying a big-ticket item during and after a shutdown of this nature. And this one was especially long and brutal for those both directly and indirectly affected. Losing five weeks of pay can obviously affect the ability to purchase a car and forced a change of plans for those who were thinking of purchasing a vehicle at that time or even sometime in the future. And of course, some government departments were not able to purchase new vehicles during this time.

Credit Applications Down From 2018

There was a significant impact in Washington D.C. and surrounding markets, where credit applications for car purchases were down from last year. This area has the highest percentage of federal government workers and is the country’s eleventh biggest vehicle market.

Then there’s the impact of the delays in safety regulations implemented by government agencies affected by the shutdown. The automotive industry relies on the federal government to provide many regulations, such as fuel economy certification, federal safety recalls, and crash tests. A backlog can lead to consumer distrust and cause a dip in sales. TheNational Highway Traffic Safety Administration was deemed non-essential and so had no funding during the shutdown. One of their tasks is issuing safety recalls so this could have caused a ripple effect. The Environmental Protection Agency (EPA) is responsible for issuing official emissions certifications on new cars. A backlog of several weeks could affect launch timing for many dealerships and automakers.

If tax refunds are delayed as a result of the government shutdown this could also affect car sales. People often use their refunds as a down payment for a used or new car, but if tax returns come in late this could slow down vehicle sales. Another factor to consider regarding refunds is the effect of the new tax laws. Refunds may be lower than usual for many people this year because of adjustments to the amount of money being withheld in paychecks and changes in deductions. People may even owe more money than usual. So this may also affect how people spend over the next few months–including the choice of whether or not to purchase a car.