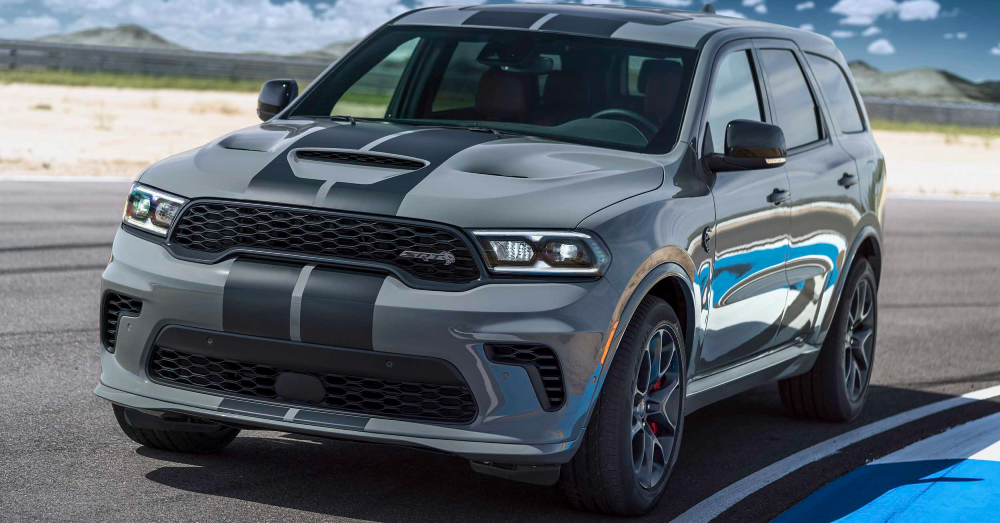 When it comes to mid-size three-row crossover SUVs, the Dodge Durango is the top performer. Most rivals never reach the SRT Hellcat level.

Other SUVs may include a few more bells and whistles, but they rely on flash to distract you from how much stronger the Dodge Durango really is. The newest version of the Durango comes with some pretty spectacular upgrades. One of the most jaw-dropping things drivers are noticing is the fresh SRT Hellcat model. This trim practically deserves to be its own SUV.

Here’s what you need to know about this Herculean crossover called the SRT Hellcat:

The Dodge Durango SRT Hellcat comes loaded with one of Dodge’s most muscular engines. You’ll be amazed at the 6.2-liter supercharged V8 engine available only on this model. With this beast under the hood, you’ll have access to 710 horsepower and 645 lb-ft of torque.

With standard all-wheel-drive and an eight-speed automatic transmission, you’re able to go from zero to 60 mph in a mere 6.2 seconds. That’s over a second faster than the V6 engines offered on lower trims and in competitor’s powertrains.

The Puzzle Is Complete

Producing a powerhouse of an SUV is more than just throwing a massive engine under the hood. All of the pieces of the vehicle have to come together and work as a team. The Dodge Durango SRT Hellcat certainly fits the bill.

Your SRT Hellcat comes with 20-inch wheels and advanced Brembo breaks on the front and back. You’ll also have an adaptive suspension that ensures you won’t notice a single bump in the road. Thanks to the all-new performance hood and grille allow for greater airflow that allows for amazing efficiency.

Infotainment Worth Bragging About

Experts point to the Dodge Durango as having one of the best infotainment systems on the market. It starts with a 10.1-inch touchscreen that’s loaded with a built-in navigation system and Apple CarPlay/Android Auto. You can even keep your phone charged via the included wireless charging pad.

You’ll be amazed at the updated 19-speaker Harman Kardon audio system that turns your Durango into a portable concert. The rest of your senses will be pampered as well with upgraded leather sports seats, heated front seats/steering wheel, and dual-zone climate control.  On top of technology that keeps you informed and entertained, the Durango also has the advanced tech to keep you safe. Your Durango SRT Hellcat comes equipped with all of the driver-assist features you crave:

See It To Believe It

While it’s easy to throw around specs to justifying calling the Dodge Durango SRT Hellcat the most impressive SUV on the road today, it’s another thing to see it in action for yourself. Stop by your local Dodge dealer to learn more about this amazing trim and to even take one for a test drive. It won’t take long, and you’ll be convinced that this is one powerful crossover.