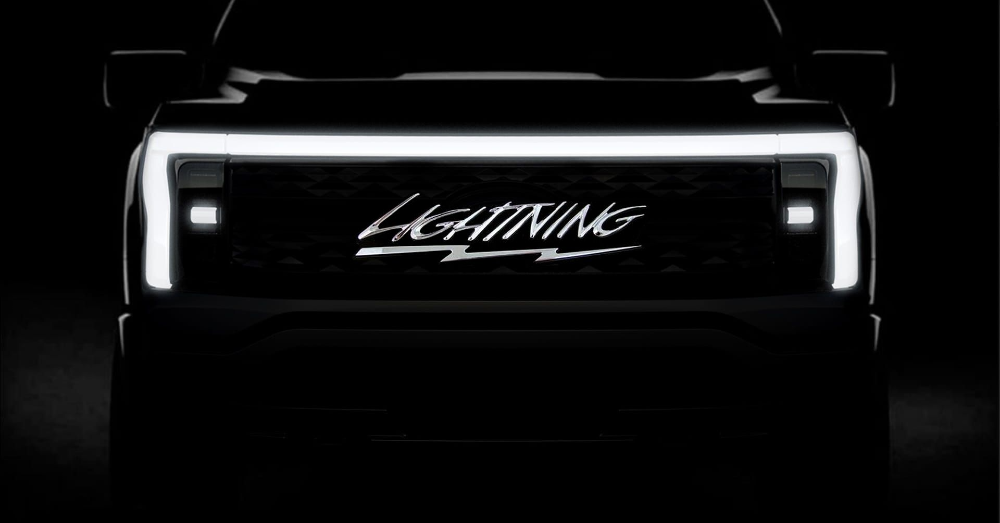 We will see a new model of the Ford F-150 Lightning very soon, but this truck is not the same as the previous version offered.

In the past, the Lightning version of the Ford F-150 signified a model that was made for driving faster. In an effort to be much more on the nose, Ford is using this name for its new EV version of the truck we love to drive.

It’s a Huge Difference This Time

Ford has a habit of reviving old names to be used on new models. The new Bronco isn’t anything like the original, but we will get to know it and enjoy it. The fact that Lightning is being used for an EV truck is about as different as you can get from the original version. The last time we saw the Lightning badge was in 2004 and this truck came with a 5.4-liter supercharged V8 engine. That model produced 380 horsepower and 450 lb.-ft. of torque. This new model will make use of an electric powertrain which is just about as different from that massive engine as you can get. Even so, if you were to compare speed and acceleration, the new Lightning would be faster because of the benefits of an EV powertrain.

A Truck to Disrupt the Status Quo

There shouldn’t be any surprise that the Ford F-150 Lightning will be a disruptive truck. We haven’t thought of an electric powertrain as being capable of offering the power we want for the work that needs to be completed by a truck. One question will have to be answered and that has to do with the expected sales of this truck which will likely fill only a niche area of the market for now.

We haven’t been given many details at all about the new EV model of the F-150. This truck will have a dual-motor setup to give you AWD during your time behind the wheel. Its also expected to be the fastest accelerating truck of any F-150 in the market. This means we should see a truck that can reach sixty mph in less than five seconds when it takes off.

Although Ford has been hushed about the details, we expect the F-150 Lightning battery pack to offer more than 300 miles of driving on a single full charge. This is based on the fact that the current Mustang Mach-E is rated for 305 miles of driving range. A range extender in the truck bed could be part of the package we see when this new truck arrives.

It’s only a matter of a few days before the Ford F-150 Lightning EV truck arrives in its debut. At that time, we expect to learn more about what this truck does have and how far it will go. The question will be whether or not it will be a viable truck for work or if it will be only a niche offering.