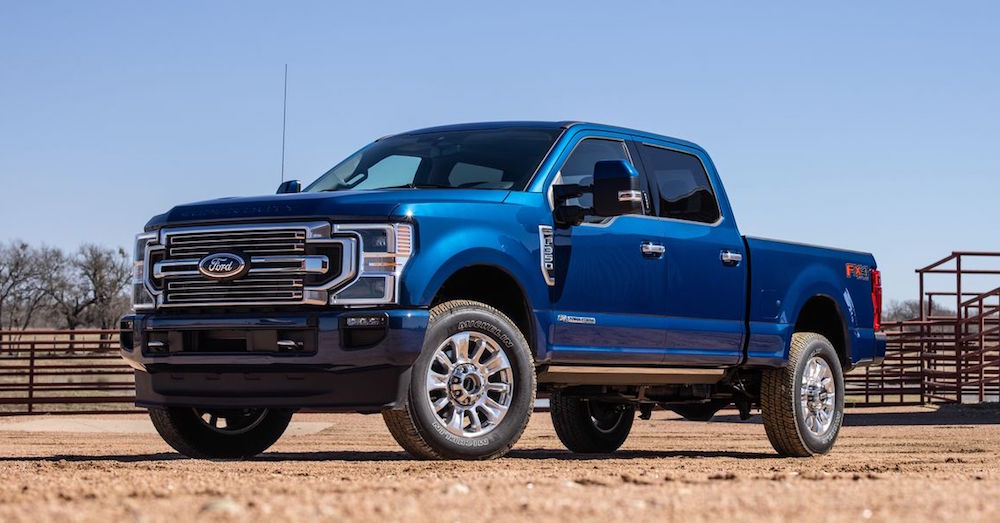 The major differences between Ford’s top two truck offerings are disappearing. As the Ford F-150 gets bigger, does it encroach on the heavy-duty Ford F-250’s territory?

I like to compare the Ford F-150 and F-250 to a laptop and tablet. The tablet wasn’t designed to be powerful enough to be your everyday computer. But this has changed over the years as users wanted more from their tablets.

Although the disparity between the two has lessened, you can’t get rid of your laptop. The reason for this is that despite its larger footprint, it’s necessary because of what it can do. This is akin to the Ford F-250.

Here’s a look at some of the key differences in utility between the Ford F-150 and the Ford F-250.

It’s no secret that the Ford F-150 is America’s top-selling vehicle. And its popularity is far from waning.

Over the last decade, the gap between “smaller” trucks and their larger models has closed. This poses the question of if larger trucks – such as Ford’s F-250 – are even necessary.

In other words, the lines between truck types are beginning to blur.
In the next section you’ll find a quick breakdown of the key differences between the Ford F-150 and the F-250.

When you buy a Ford F-150, you’re getting a truck made to haul some cargo. But the F-150 is better suited as your go-to means of transportation rather than load lugger.

With the Ford F-250, you’re getting the ultimate in both towing and hauling. It’s built for those precise tasks. That’s what the F-250 does, and it does it well. But at some point, over the evolution of the truck, customer’s needs evolved.

Now you get heavy duty trucks tough enough for job site use, but also plush for their passengers to ride in comfort.

Much like the differences between a tablet and laptop, the F-150 is getting closer to the 250 level.

But it’s not quite there yet.

Much like a desk jockey needs more than a tablet for work, construction engineers need more power too.

Therefore, there’ll always be the need for the Ford F-250.
Ford Motor Company will make sure of that.

Because if there’s anything better than one top-selling truck, it’s two.