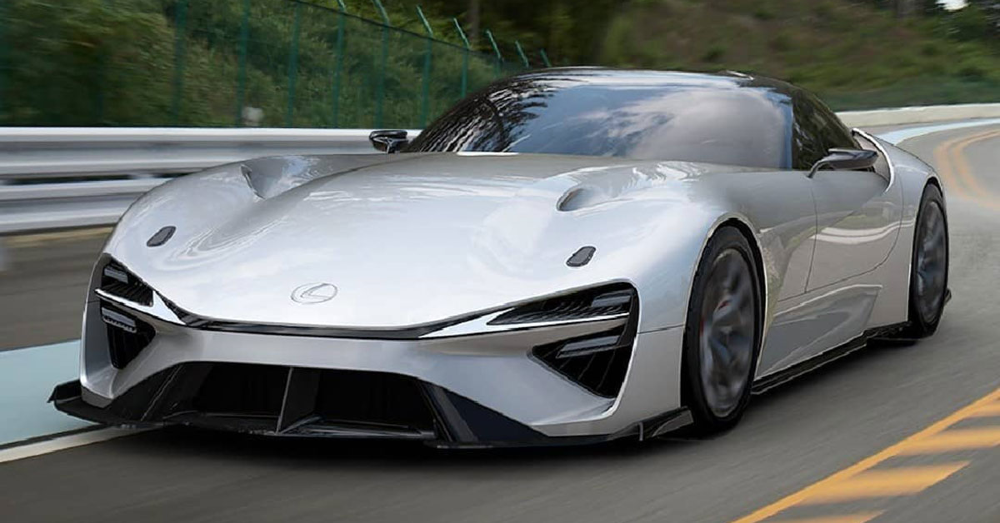 A new Lexus supercar is on the way. The Lexus Electrified Sport could be the EV that will serve as the successor to the LFA, which we haven’t seen in years.

It wasn’t long ago that Lexus announced it would eventually become a fully-electrified brand. This means building sedans, SUVs, and even sports cars that use nothing but a set of electric motors to bring power to the vehicles wearing the famous spindle grille. One of the many new models we hope to see is the Electrified Sport, which could easily be the most imaginative electric sports car to head out on the roads and tracks around the world.

A Quiet Super Car, Have We Seen This Before

There’s at least one other super-quiet supercar in the market, the Rimac One, but it comes from small, boutique automaker, unlike the Lexus brand. If the Electrified Sport finds its way to production, it could be the most exciting and interesting hypercar without an internal combustion engine that we’ve ever seen. Imagine being able to rocket around a track without expelling any harmful vapors or chemicals into the atmosphere. Of course, if Lexus has its way, you won’t even think about the eco-friendly part of the drive until it’s over.

The Electrified Sport is Past the Concept Stage

Photos of the new Lexus Electrified Sport show us a car with a long hood and boomerang-shaped headlights with prominent aerodynamic bits in every area of the car. You can easily see how all of the surfaces of this car work to deliver incredible performance on the road or when taken to the tarmac. The wide tires and bulging wheel arches make room for turning and riding around when you’re behind the wheel. Now that we know this car has moved past the concept state, it’s only a matter of time before it becomes a reality.

We Don’t Know Much About this Car Yet

No photos have been leaked or teased about the interior of this new hypercar, but the few technical specs we know are pretty exciting. If this car will be the spiritual successor to the LFA, it has to be fast. Lexus says this car should hit 60 mph in less than three seconds and might push closer to a flat two-second time. That’s truly lightning quick and is something we can get extremely excited about.

Of course, to enjoy the power, speed, and pure sportiness of the new Lexus Electrified Sport, it needs to have the right amount of driving range. So far, that seems to be in good order. Lexus is advertising the driving range at 435 miles on a single charge. This new sports car is being developed to support solid-state batteries, which is a first for the brand and for EVs in general. We might see this new hypercar before the solid-state batteries are ready, but then again, Lexus could wait until the right battery technology is present to release this insane beast.

While we know the Lexus brand will be a fully-electrified name in the near future, Toyota isn’t going down the same path. There will be a variety of EVs coming with the Toyota badge on them, but not all vehicles will be electrified just yet. Even so, it wasn’t long ago that this family of auto brands showcased 15 new vehicles, all using EV technology, that will eventually hit the market. Nearly all of these cars and SUVs should arrive before the end of the decade.

The bz Family Will Grow

We already have the urban crossover with the electric powertrain in the Toyota bz4X. The bz name stands for Beyond Zero, which is Toyota’s way of signifying these vehicles have more going for them than just an electrified powertrain. Not long from now, we should see a bz sedan and a bz large SUV, both of which are made to fill out the lineup and offer more options to consumers when searching for the right electric vehicle to drive. The large SUV should deliver three rows of seats to give a large family plenty of room to enjoy the drive.

Lexus Has its Own First EV SUV

The Lexus RZ is developed alongside the Toyota bz4X, giving us a luxury SUV with an electrified powertrain. There should be more Lexus EV models before the Electrified Sport, especially if Toyota chooses to wait until solid-state batteries are ready for production with the sports car. The new RZ shows up as the first electrified model wearing the luxury name, giving us a hint at what the future for this brand will be. This makes the new RZ an extremely important part of the EV future for the Lexus brand.

There were 15 electric vehicles that hit the stage, all wearing either a Toyota or Lexus badge. These models included what could only be described as an electrified FJ Cruiser, sedans, and various SUVs to give us an idea of the sizes and shapes we should expect. An electrified truck was present, showing what the Tacoma may become or what an additional truck in the Toyota lineup could offer. All of the models that were not production-ready had windows that were blacked out, hiding the interiors of these vehicles from public view.

The LFA Successor Has Big Shoes to Fill

It’s not a stretch of speculation to put the LFA name in the same conversation as the future Lexus Electrified Sport. When discussing this new electric concept, Akyo Toyoda mentioned the LFA himself. That naturally aspirated V10 monster gave us the driving taste and secret sauce desired of a performance car in the luxury world. This means the new Electrified Sport has big shoes to fill and needs to deliver the incredible performance we loved in the LFA.

Will Lexus accomplish the goal of bringing a new supercar to market with a package of solid-state batteries and an excellent driving range? Only the future will provide the answers to this question.