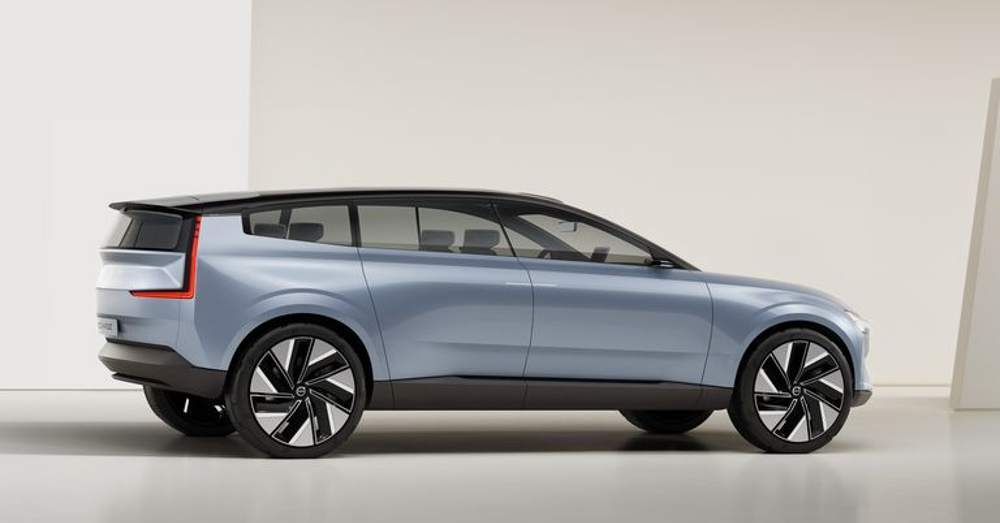 We have technology to warn us when we leave a person or item in the back seat, but kids still get left in cars. Maybe the Volvo EX90 will put an end to this.

To be completely fair, most of the vehicles where children have either died inside or been left and had to be rescued by police or firefighters were older vehicles. That said, a simple warning signal might not be enough to ensure kids and pets make it into the house safely. This new Volvo SUV takes the rear seat reminder system to a whole new level.

A New Volvo SUV Is Coming

If you think of the first name in safety, the Volvo brand name comes up and has been a leader in this area of automotive technology for decades. This new EX90 brings a series of safety features that take things beyond what we’ve seen in the past. We will see this SUV on November 9, and the brand will showcase the many sensors and ways this new electric crossover protects any occupants in a vehicle that might be left behind.

Safety Extends to the Driver as Well as the Rear Occupants

When the Volvo EX90 arrives, it will offer a complete understanding of the entire cabin environment, including the driver and the surrounding area. The new interior radar system is a standard part of this SUV and will be part of future Volvo models. You’ll find integrated sensors throughout the interior and in the trunk, giving the vehicle more protective capabilities than ever before. Some are in the overhead console, others in reading lamps, and some in other areas to give the vehicle complete coverage for sensing movement and potential dangers.

What Happens if a Child is Locked in this New Volvo SUV?

The system isn’t always working, which means you don’t have to worry that your Volvo SUV will shut down just because you stopped or made a strange movement. This new safety system is activated when the driver attempts to lock the doors. At this time, the vehicle checks for movement inside the vehicle. The radar system is sensitive to sub-millimeter movements, which means it could detect a sleeping child breathing or a pet asleep on the rear seat. If the system finds movement, it won’t lock.

Instead of locking when movement triggers this system, a message appears on the center console for the driver to check for passengers or pets in the car. If the driver doesn’t respond and remove the passengers or pets from the vehicle, the climate system of the Volvo EX90 will operate and keep the area comfortable for those left behind. Of course, this is dependent upon the Volvo EV having enough battery to provide a function to the climate system. With this advancement, children left in the back of this Volvo SUV won’t be in danger of passing out or dying because parents are distracted and forgetful at times.

This New Volvo is the Flagship for the Brand

The 2024 model year will be an exciting time for electric vehicles. Among that excitement, we’ll find the new EX90, which will sit above the gas-powered XC90. The styling offered comes from the Concept Recharge, giving this new electric SUV a sleek and stylish look that puts it ahead of the XC90 in the lineup. This new SUV brings traditional Volvo styling to the mix, making it easy for you to admire everything offered in this SUV. This new model should offer a similar driving range to the smaller XC40 Recharge.

Do We Know What this New SUV Brings to the Market?

Other than the new safety system meant to ensure you take your kids and pets with you into the store or house, we don’t know much about the new Volvo EX90. Trim levels and pricing haven’t been officially announced, and neither has the power nor driving range. If this SUV sticks to the new layout, we should have three trims named Core, Plus, and Ultimate. These three might be the new names used for all future Volvo EV SUVs when they’re added to the market during our movement toward more EVs.

Could There Be More Safety for the EX90?

Other than a system of sensors to detect movement inside the cabin when there shouldn’t be any, this new Volvo electric SUV also brings more driver-assistance features to the market. We don’t know what these items will be and what they mean for this brand and the SUV, but they could be advanced versions of some of the current systems already offered. Might we have a hands-free highway driving system in this SUV, matching the likes of GM with its SuperCruise and Ford with its BlueCruise? It’s certainly possible.

The Cabin Area is Purely Scandinavian

A simpler and cleaner environment is found in the cabin of the new Volvo EX90. The concept models showed a full glass roof and suicide doors to offer a large opening for loading into this impressive SUV. We don’t know if this will end up being a three-row SUV or if it could be a 2+2 layout that sits at the top of the Volvo lineup to make it a limited-passenger SUV. The flat floor of the EV layout makes this Volvo roomy and impressive as a new luxury SUV that you might love to drive.

Will You Enjoy Everything About this New SUV

It’s hard to say whether or not the new EX90 will become the SUV you want to drive and enjoy every day. This new electric vehicle shows up on November 9 to give us a look at exactly how this SUV is equipped and what it brings when you’re ready for a drive. You might not know whether or not you want this SUV in your driveway yet, but you will when it arrives in the market. Get ready to see the production version of the EX90 in November, it’s coming to give you an advanced and luxurious new SUV to drive.